The draw to determine the eight groups at the Qatar World Cup will be made on Friday 1 April.

Over the next week, teams across the globe will be looking to fill the slots still available for the tournament which gets underway on 21 November and concludes on 18 December. Yes, the finale on the Sunday before Christmas.

Qatar 2022 will be the last World Cup to feature 32 teams, with the number increasing to 48 from the 2026 edition in the USA/Canada/Mexico. 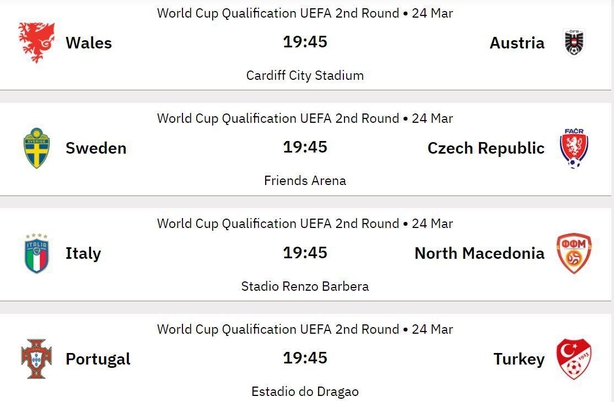 A total of 12 countries are vying for the three remaining UEFA spots for Qatar. However, the identity of the trio will not be known after this international window. The Scotland-Ukraine play-off was postponed shortly after the Russian invasion. It is hoped the fixture can take place in June, a rescheduling that would impact the Nations League, with the Republic of Ireland set to face the Ukrainians twice in ten days.

Watch live coverage of the FIFA 2022 World Cup draw on RTÉ 2 and the RTÉ Player from 5pm on Friday 1 April.

Andriy Pavelko, president of the Ukrainian FA, is hopeful the team will get the opportunity to fulfill the fixture with Scotland, but expressed a note of caution when speaking to the Daily Record recently.

"Everyone understood it was impossible to play in Scotland in March and the game was postponed to June, he said.

"No one can say how the situation will develop and of course, it is possible the match will not go ahead then either. Our fans want us in the best possible condition for June, but it's completely impossible to speak about that at the moment.

"Our thoughts at the moment are all about human lives, not football. Unfortunately, there's no guarantee the match in June will go ahead either. We are getting closer to victory every day.

"All I can say is that UEFA and FIFA are supporting us all the way and trying to help us so that our team can prepare and perform as well as possible."

Scotland have now lined up a clash with Poland on Thursday as a fundraising friendly for Ukraine.

The Russian invasion of its neighbour was met with swift sanctions by sporting bodies, with FIFA suspending Russian national teams from all its competitions.

A request to suspend their ban from competing in the World Cup play-offs has been rejected by the Court of Arbitration for Sport. As a result, Poland, who were due to meet the nation that hosted the last World Cup, will now get a bye to meet either Sweden or the Czech Republic on Tuesday next.

And so we have just four games on Thursday evening.

Wales, seeking a first appearance at the finals since 1958, host Austria at the Cardiff City Stadium. The Welsh finished second in their qualifying group behind Belgium, while Austria, courtesy of a strong Nations League showing, are still in the mix to reach the showpiece event for the first time since 1998.

The winner here will take on the victor from the Scotland-Ukraine clash, while the loser will face the Scots in a friendly on Tuesday next.

We've already mentioned that Poland will face the winner of the Sweden-Czech Republic clash. The Swedes have home advantage.

European champions Italy, who were edged out by Switzerland in qualification, host North Macedonia in Palermo. The Italians did not make the party in Russia four years ago and will not want to miss out again. Even if they get by the North Macedonians, there is the prospect of Portugal facing them in the final.

Porto is the venue for Cristiano Ronaldo and co against Turkey. The concession of a late goal against Serbia and a somewhat carefree attitude against Stephen Kenny's three days previously has the Portuguese at, what for them, is an unexpected juncture. The Turks will be no pushovers. Nothing is guaranteed, even though most would like to see an Italian/Portuguese face-off on Tuesday next. 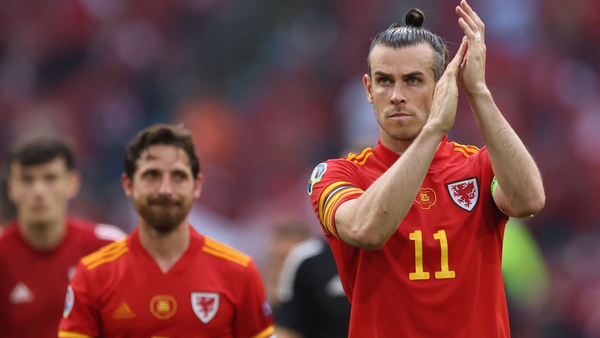