The government have confirmed their backing for Ireland's bid to co-host Euro 2028, which was formally submitted to UEFA on Wednesday morning, while both Russia and Turkey are also in the mix to host the tournament.

The application is a joint bid alongside England, Scotland, Wales and Northern Ireland and the five associations confirmed in a joint statement that an 'expression of interest' (EOI) had been filed, which has the support of the governments of the UK, Ireland, Scotland and Wales.

Wednesday was the deadline for national football associations to confirm their interest in bidding to host the event.

While the Irish and UK bid was expected to be the only one lodged, there will in fact be competition as UEFA have confirmed that Russia and Turkey have declared an interest in rivalling the bid.

Russian clubs and national teams are currently suspended by FIFA and UEFA over the country's invasion of Ukraine, pending the outcome of an appeal by the Football Union of Russia to the Court of Arbitration for Sport.

However, that has not stopped the union's executive committee giving its backing for a bid for 2028 and 2032.

A post on the union's official website outlined a number of results from Wednesday's executive committee meeting which included to "support the decision to declare interest in hosting the European Championship 2028 or 2032 in Russia".

UEFA issued a statement confirming the declarations on Wednesday evening.

"A joint declaration of interest was submitted by the football associations of England, Northern Ireland, Republic of Ireland, Scotland and Wales for UEFA EURO 2028," it read.

"Russia and Turkey declared their interest in hosting either the 2028 or 2032 edition of UEFA's flagship national team competition, while Italy announced its intention to bid for UEFA EURO 2032.

In a statement released confirming their support for the bid, the Irish Government said it recognised "the scale of opportunity" represented by the bid and vowed to work with the FAI and partner governments on the venture.

Minister Catherine Martin said: "Hosting Euro 2028 games in Ireland could bring lots of benefits not least to Ireland's tourism sector. Hosting the tournament also offers a very considerable opportunity to strengthen East-West and North-South relations in the years ahead."

Minister for State in Sport and the Gaeltacht Jack Chambers added: "We missed out on a lot of things during the pandemic and Ireland hosting games during EURO 2020 was one of those things. I welcome another opportunity to bring this fantastic tournament to Ireland, should a decision be taken to make a formal bid."

On submitting their formal application to host the tournament, the five associations said "Euro 2028 would be one of the greatest sporting events ever held in the UK and Ireland."

A joint statement from the five associations read: "With this unique partnership, we are taking the appropriate next steps and our ambition is to stage a successful UEFA Euro which will be a wonderful celebration of football for fans and teams.

"We believe Euro 2028 would be one of the greatest sporting events ever held in the UK and Ireland.

"This unprecedented partnership of five associations offers something special to European football, including the potential for an expanded tournament, and we are passionate about maximising the sustainability and legacy benefits for communities across the UK and Ireland.

"Over the coming months, we will develop our proposals further, subject to the publication by UEFA of the full technical specification. This includes engaging in discussions with possible host cities and stadia to define the optimum tournament model and conducting a full costs and benefits analysis.

"The UK and Ireland will offer an unrivalled tournament from a technical perspective - with modern, well-connected stadia and excellent infrastructure - that makes our partnership ideal to host Euro 2028."

With additional material from PA 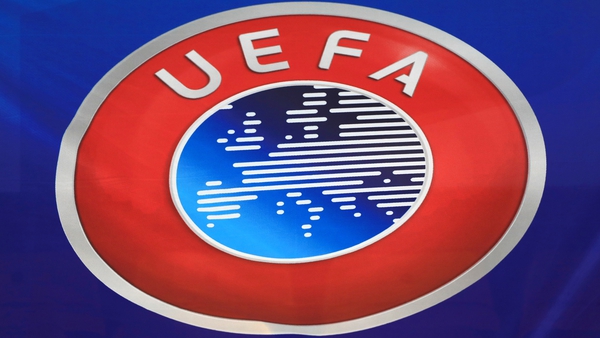