Serie A side Udinese have confirmed that Republic of Ireland Under-21 international Festy Ebosele will join them from Derby County on a five-year deal this summer.

Last Friday Rams boss Wayne Rooney said that the 19-year-old wide man was set to sign a pre-contract with an Italian club.

Ebosele is out of contract with the Rams at the end of the season and is free to sign a pre-contract deal now. Udinese have won the race for his signature, and the Wexford man will head over at the end of this campaign.

He's emerged as a key player for Derby this season, making 32 appearances in their gallant effort to beat the drop having been hit with a 21-point deduction last November. They're eight points off safety with seven games to play.

Ebosele will link up with another Irishman at the Bianconeri, with St Pat's centre-half James Abankwah also set to move there in the summer.

It's an exciting move for Ebosele, though Republic of Ireland boss Stephen Kenny admitted over the weekend that he'd have preferred if he stayed at Derby.

"I'd have been happy for him to say at Derby to develop," the manager said.

"I'm not against the fact he's going to Italy. If he's going to play regularly, great. I think the key thing is wherever he goes he gets the opportunity to play." 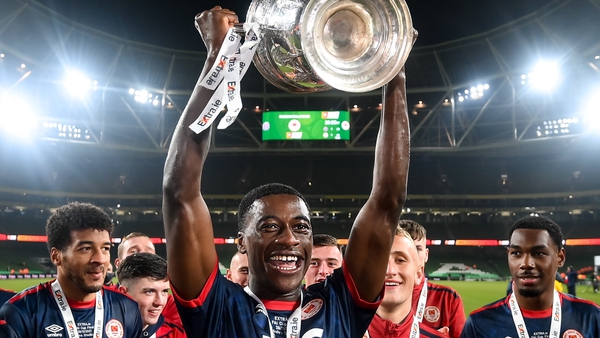