In many ways, Tottenham have been a masterpiece in inconsistency this season, vacillating between impressive results and then falling short repeatedly.

Slowly but surely though, their form has picked up in the last couple of weeks and from an Irish perspective, Matt Doherty's upturn in fortunes has gone hand in hand with the improvement under Antonio Conte.

It bodes well for Ireland at the start of the current international break with friendlies against Belgium and Lithuania over the next week.

Former Spurs and Ireland right-back Stephen Kelly has been keeping a watchful eye over Doherty and his former club's fortunes and offered an insight into the factors behind the 30-year-old's recent renaissance after starting the season on the fringes.

"When you look at the way Spurs are playing, it's very similar to the way Wolves played and Matt was at his best when he was in that Wolves team that basically attacked and broke with pace with their wing backs really getting high up the pitch and joining in," Kelly told the RTÉ Soccer Podcast.

"And Conte loves that style of football. That's his system. So I think what Matt had to do was at the start of the season, he looked off the pace a little bit.

"He didn't look as fit as he was before and again, he's not rapidly quick but he's got the energy to go up and down the pitch and he just didn't seem like he was capable of doing that.

"Also you bring in Sergio Romero at right-sided centre-back and always having a player like that who can cover space and leads the role well allows you to be higher up the pitch and allows Matt to do his job better.

"I think another thing is he's just really bought into Antonio Conte. If you've got a manager like that coming in and you show him the full commitment and desire to play his way and take on board everything he's teaching you, then that manager is going to like you and trust you and that's what Matt's done.

"You can tell how Conte spoke about him and talked about his improvement since he's been there. It's been really rapid and he's adjusted and adapted to the style and the energy he expects from him.

"So I think for Matt it's been a great rejuvenation and something that's delightful for Irish fans."

Follow the Republic of Ireland v Belgium this Saturday (kick-off 5pm) via our live blog on RTÉ.ie/sport and the RTÉ News app, or listen to live commentary on RTÉ Radio 1's Saturday Sport. 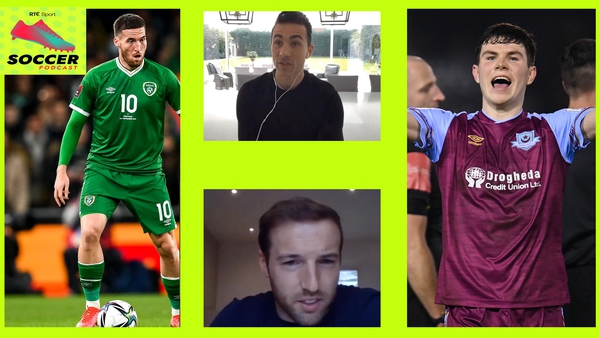