Robert Lewandowski equalled another Gerd Muller record by reaching 30 Bundesliga goals in a season for the fifth time in his career during Bayern Munich's 4-0 win over Union Berlin.

The prolific Poland hitman, whose 43 Bundesliga goals in the 2021 calendar year broke Muller's record of 42 that had stood since 1972, took his tally to 31 goals for the current campaign with a smart brace, with Kingsley Coman and Tanguy Nianzou also on the scoresheet.

Forward Burkardt had earlier opened the scoring in the first minute, as Mainz solidified their mid-table status.

Andre Hahn and Michael Gregoritsch had Augsburg 2-1 up at the break, with Waldemar Anton replying for hosts Stuttgart.

Omar Marmoush put Stuttgart back on level terms heading into the closing stages, before Tomas snatched the win.

Greuther Furth and Freiburg played out a goalless draw.

Ismael Bennacer handed AC Milan a 1-0 win at Cagliari to keep the Rossoneri top of Serie A, three points ahead of second-placed Napoli. 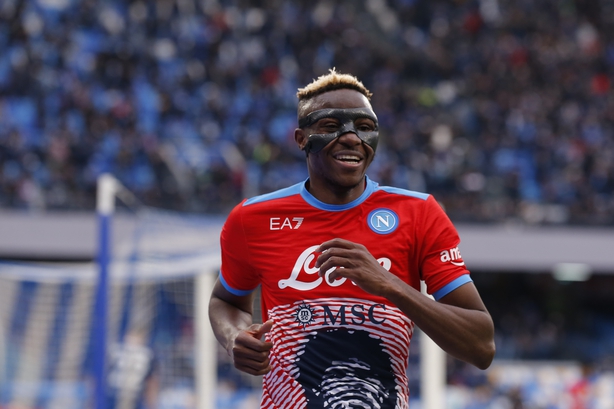 Victor Osimhen [above] scored his second brace in as many matches to spearhead Napoli's 2-1 win over 10-man Udinese.

Nigeria hitman Osimhen took his season's tally to 15 in all competitions, adding his brace on Saturday to the match-winning double at Verona last weekend.

Gerard Deulofeu hit the net for Udinese, but the visitors also had Pablo Mari sent off in the closing stages.

Denzel Dumfries cancelled out Lucas Torreira's effort as Inter and Fiorentina shared a 1-1 draw in Milan.

In Spain Koke's goal was enough for Atletico Madrid to prevail 1-0 at Rayo Vallecano, with the visitors even riding out Angel Correa's late red card to record a fifth successive La Liga win.

Colombia striker Luis Suarez handed Granada a 3-2 comeback victory at Alaves, with the away side holding after seeing Aaron Escandell sent off in added time.

Sergio Escudero had Granada ahead, before Gonzalo Escalante and Manu Vallejo struck in quick succession soon after to put Alaves 2-1 up.

Antonio Puertas levelled for Granada with 15 minutes to play however, before Suarez stole the points for the visitors. 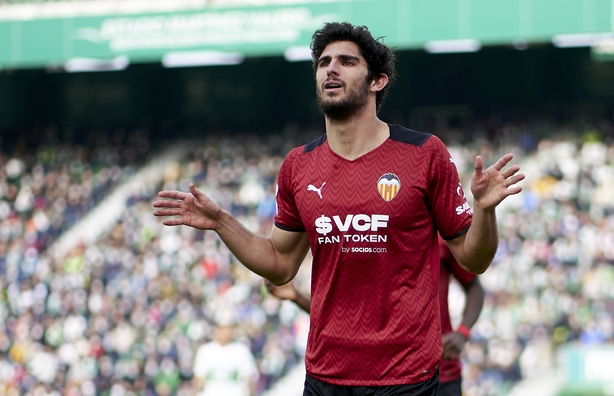 Goncalo Guedes' goal proved enough for Valencia to earn a 1-0 win at Elche, who had Johan Mojica sent off in second-half injury time.

In France, Lens claimed their first win in three Ligue 1 matches with a 3-1 home victory over Clermont.

Kevin Danso, Florian Sotoca and Massadio Haidara sealed the deal for the hosts, who had trailed for half an hour following Elbasan Rashani's ninth-minute opener.

Lille shrugged off Timothy Weah's red card to sneak a 1-0 win at Nantes, with Amadou Onana claiming the key goal.