Stephen Kenny has no concerns that Michael Obafemi will switch international allegiance after his latest omission from the Republic of Ireland squad.

Obafemi has just one cap to his name, and that was earned back in November 2018 against Denmark when Martin O'Neill was still in charge.

Kenny said on Friday that Obafemi wasn't in his squad for the upcoming friendlies against Belgium and Lithuania because he's anxious about playing too many games having suffered recurring problems with his hamstrings over the last couple of years.

Now impressing at Swansea, Obafemi is finally stringing a run of matches together having been on the periphery at Southampton. He wants to use the international window to work with the club's physios and guard against another injury setback.

In 2020, FIFA approved a rule change to allow players to change country if they've played no more than three competitive matches at senior level prior to them turning 21.

Nigeria-eligible Obafemi was 18 when he came off the bench against the Danes to make his debut so a switch to the Super Eagles would be possible, but Kenny squashed any suggestion the player is contemplating making such a decision.

"Michael is ambitious," he said. "I think the best is still to come from him. He's shown his potential the last few weeks with Swansea.

"There was speculation about whether he would want to be part of Ireland in the future, speculation regarding Nigeria and all that type of stuff, but on the phone to me the other night he said, 'Stephen, I really want to play for Ireland... I just have to get myself right'.

"His reasons are sincere." 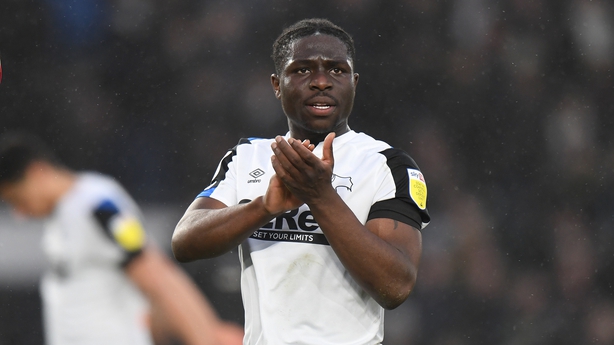 Kenny also reflected on the news that Republic of Ireland Under-21 international Festy Ebosele [above] is heading for Serie A.

On Friday Derby County manager Wayne Rooney revealed the exciting wide man will sign a pre-contract agreement with a club in the coming days. It's been widely reported in Italy that he will sign for Udinese, who will also bring in St Pat's centre-half James Abankwah in the summer.

"I'd have been happy for him to say at Derby to develop," Kenny admitted. "Wayne Rooney has done a terrific job developing those young players.

"I'm not against the fact he's going to Italy. If he's going to play regularly, great. I think the key thing is wherever he goes he gets the opportunity to play." 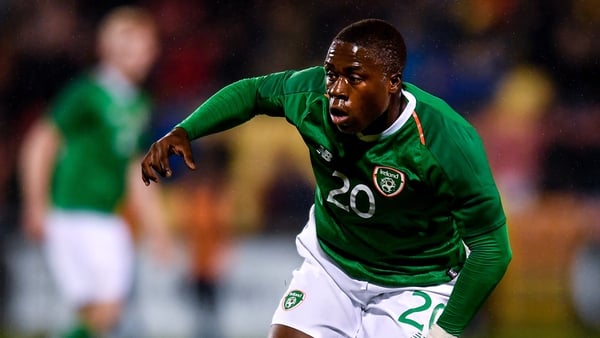 Obafemi left out due to injury anxiety, says Kenny