Ukraine being handed a bye to the 2022 World Cup was discussed by FIFA following the country's invasion of Russia, says Football Association of Wales chief executive Noel Mooney.

Wales, Scotland and Austria are in the same World Cup play-off path as Ukraine, with the winners filling one of the final three European qualification places for Qatar 2022 later this year.

Ukraine’s visit to Hampden on 24 March has been delayed for three months following the Russian invasion, with the Wales-Austria semi-final going ahead on the same night in Cardiff.

FIFA has held talks with the four national associations over play-off rescheduling – as well as its impact on their Nations League fixtures in June – and Mooney says the idea of giving Ukraine a bye to what would be only their second World Cup was considered.

Mooney said: "It was a Welsh perspective that if it could be accommodated it could be a really good thing to do.

"It’s something as a human being you would say, 'OK if they’re not ready to play in June should they be given a bye’.

"There was some loose discussion around it, saying could you get an extra space for Ukraine because of the horrendous time they are going through.

"But it would mean an extra team in the World Cup as there’s three teams left – ourselves (Wales), Scotland and Austria – and it’s a big thing for us to qualify for the World Cup.

"From our perspective we’d have been very comfortable with giving Ukraine a bye with the other three fighting it out amongst ourselves (for one place).

"But there’s the integrity of the competition, and with the tournament (lasting) only 28 days to try and fit that sort of thing in would be very difficult. The feeling was that a 28-day tournament wouldn’t facilitate it."

The Scotland-Ukraine game has been rescheduled for June in a month when countries are due to play four Nations League games at the end of a demanding season.

Mooney said: "We want to give Ukraine as much time as they can to declare they are OK to play in June.

"I’m not aware of any conversation that it could be anything beyond June.

"It’s a possibility (that Ukraine won’t play) but no-one wants to see that.

"Our principles are trying to protect the Nations League games as well but bearing in mind that the final to get to the World Cup will take precedence.

"What we are trying to do is to protect as best we can the supporter trips as well.

"It’s difficult because if we do insert a match, something has to give. We can’t have players playing every two days.

"There are options floating around and we hope to have decision in the next week or two."

Wales, meanwhile, hope to arrange a March 29 friendly on what should have been the play-off final date.

Scotland have said they will play an away friendly against the losers of the Wales v Austria tie on that date.

But Mooney says neither that or a potential friendly against the losers of the Czech Republic-Sweden play-off were Wales to beat Austria has been agreed.

"We are working on a second match but as of now it’s not agreed," Mooney said.

"We are in discussions with UEFA and FIFA and other federations." 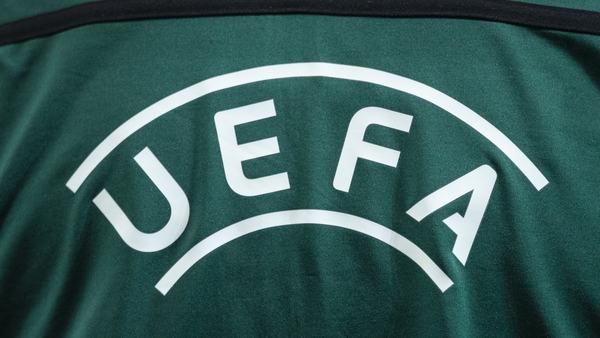