Rory Gaffney struck midway through the first half to earn the derby-day bragging rights and fire Shamrock Rovers back to the top of the Premier Division.

At the first sell-out since fans returned to games, Gaffney sent the majority of the 7,500-odd in Tallaght Stadium into raptures.

Bohemians fans had been in fine voice for the first 25 minutes as they watched wing-back Andy Lyons for the first time since his controversial move across the Liffey.

Lyons had the luxury of playing the first half on the opposite side to his former fans and he was one of several to impress for Rovers as they dominated the first half.

Gaffney could have had a first-half hat-trick and on another day he might, but the Galwayman man made do with the game's only goal. 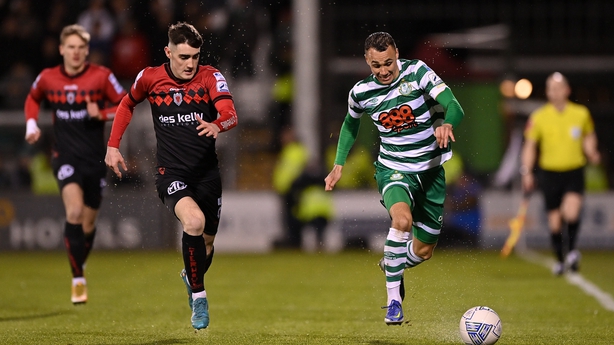 He showed great strength to outmuscle Ciaran Kelly before bearing down on goal early on, but he couldn’t quite find the far corner from a tight angle.

There was a slice of fortune about the manner of the goal but it was Kelly at fault as he was hustled off the ball by Graham Burke.

The attacker played the ball through for Finn and his cutback was only half dealt with by Grant Horton, and Gaffney needed no invitation to bury it.

Bohs were outplayed in the first half, but felt they should have had a penalty just before halftime as Lee Grace tangled with Kris Twardek after Dawson Devoy played the latter in.

The visitors were grateful to Talbot moments earlier as the keeper did brilliantly to tip a Gaffney headed onto the post from Dylan Watt’s deflected shot.

Bohs showed more bite in the second half and Devoy forced Alan Mannus to parry behind before Stephen Mallon’s deflected cross grazed the bar.

The big chance arrived late on as a Roberto Lopes mistake saw the ball sit up for Twardek, but sub Barry Cotter launched himself in the way to prevent a certain goal.

That proved to be the winning of the game, and Danny Mandroiu should have added a second in the closing stages but he poked wide. 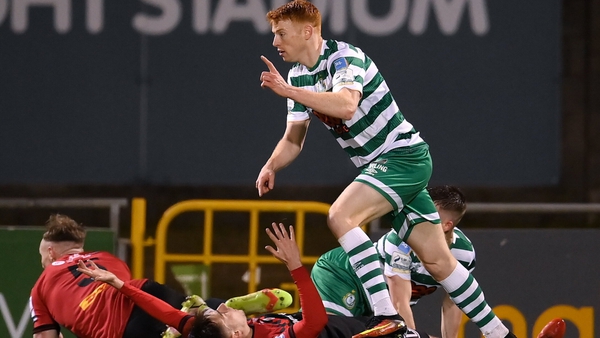