Ahead of the SSE Airtricity League First Division season, much of the focus was naturally on the likely promotion contenders like Waterford FC and Galway United.

But one side that flew under the radar was Wexford FC. They were rock bottom of the second tier in 2021 despite a good finish to the campaign after Ian Ryan's appointment as manager and they started off this season with a 5-1 loss to Treaty United.

But since then, the south-east club has rallied with two wins on the trot, with a 3-2 win over Cobh Ramblers and Friday's 2-1 victory against Athlone Town lifting them up to second, albeit with teams below them having games in hand.

While they are not likely to be in contention for promotion, three-time former league winner Ollie Cahill is tipping Wexford to make a few strides this year nevertheless.

"Just looking at the players involved in their squad, Paul Hunt's a solid keeper and been around that division for a while," the former winger told the RTÉ Soccer Podcast.

Ollie Cahill was speaking on this week's podcast alongside Graham Gartland:

"They have a decent squad and Ian Ryan was building there (last year) and brought another couple of players in this year.

"So I'm not saying they're going to get promoted or anything but I think they'll cause a few problems for teams.

"They got heavily beaten the first night of the season but have bounced back with two wins now.

"So I don't think any team playing them will be taking anything for granted against them and I could see them causing a few problems along the way this season." 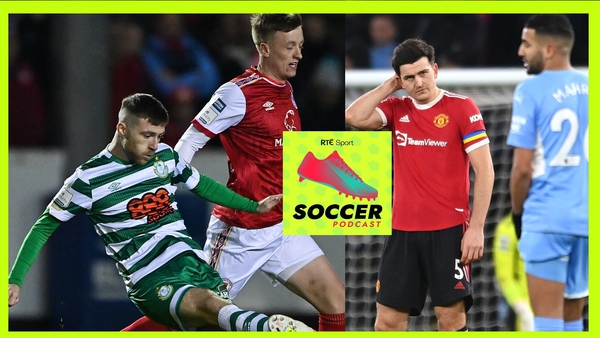