Chelsea manager Thomas Tuchel said the change of the club's ownership will not affect his future at Stamford Bridge, adding that the London side is a "perfect fit" for him.

Chelsea are searching for new ownership after Russian businessman Roman Abramovich said he would sell the club, amid growing calls for sanctions, similar to those imposed on other oligarchs, following Russia's invasion of Ukraine.

Asked if he would have any problems staying at Chelsea, Tuchel told reporters on Friday, "No, I have the opposite of the problem of staying here.

"I have said many times that I love working in Premier League and love to be in England... Chelsea is, from my point of view, a perfect fit for me. I love to be here and every single thing about the club.

"Hopefully it continues. There is now uncertainty, but isn't that always as a football manager? I am used to and trained to live with it at different levels and this is quite the level. But I am positive and I hope things will end well."

The German said the change in ownership could affect the club's contract negotiations with their current players. He added that Chelsea had yet to discuss their plans for the summer transfer window.

"We can't help it. It is what it is. But maybe it has a positive effect on negotiations or maybe a negative effect. We can't predict," Tuchel said.

"I think Chelsea is a strong club and will stay a strong club. Our owner has decided to sell the club but he is selling a strong and organised club at the highest level."

Chelsea are currently third in the league on 16 points adrift of leaders Manchester City who have two games in hand.

They travel to Burnley on Saturday, with Tuchel saying the squad had no new injuries, though defender Cesar Azpilicueta is doubtful.

Hakim Ziyech returned to training, while Trevor Chalobah and Thiago Silva were also back after missing their midweek FA Cup game against Luton Town. 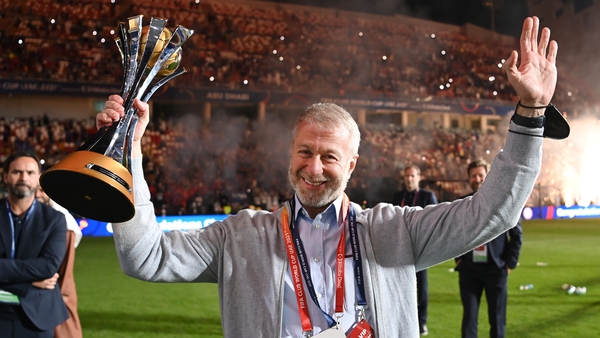