The FAI have announced that they will play no fixtures, at any level, against Russia due to the ongoing conflict in Ukraine.

In a statement the organisation offered their 'unequivocal support' to the Ukraine FA and confirmed that the Aviva Stadium will be lit up in the yellow and blue, the colours of the Ukrainian flag, at 7pm tonight.

Ireland's UEFA Nations League away clash with Ukraine looks certain to be played at a neutral venue after the governing body made significant scheduling changes in the wake of Russia's invasion of the country.

Ireland were originally fixed to face Ukraine in the UEFA Nations League in Lviv on 14 June and will welcome Ukraine to the Aviva Stadium for the opening fixture of the group on 4 June.

Scotland and Northern Ireland also confirmed today that they will not play Russia at any level of football under the 'current circumstances'.

The SFA also extended its support to Ukraine and offered to help their colleagues' national teams prepare for upcoming matches against Scotland at men's and women's levels.

Scotland are due to host Ukraine in a World Cup play-off semi-final on 24 March, while the countries are set to meet in a women's World Cup qualifier on 8 April.

Later on Monday, UEFA and FIFA announced that all Russian national and club football sides were suspended until further notice.

In a show of solidarity, @AVIVAStadium will be lit up in the colours of the Ukrainian flag at 7pm tonight pic.twitter.com/qqL90yDdIY 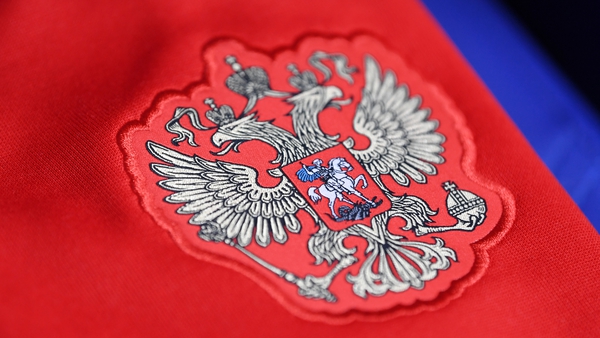