Pierre-Emerick Aubameyang scored his fifth goal in three Barcelona matches in a 4-0 La Liga win against Athletic Bilbao at the Nou Camp.

Luuk De Jong netted a third in the closing stages, with Memphis Depay completing the rout in added time.

Xavi's Barcelona moved ahead of Atletico Madrid into fourth. 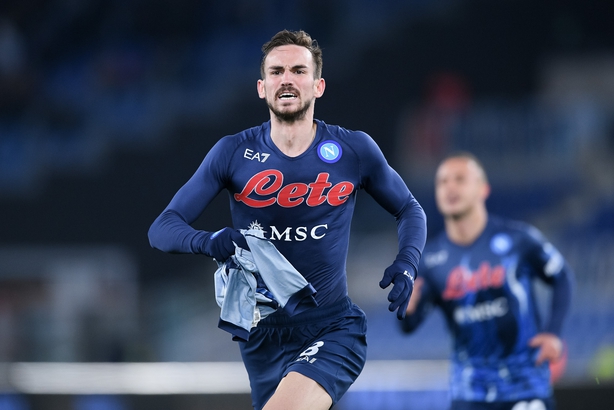 Napoli moved to the summit of Serie A after Fabian Ruiz's dramatic injury-time strike against Lazio.

Lorenzo Insigne scored for the visitors shortly after the hour mark before Pedro pulled one back with just two minutes remaining.

However, Ruiz struck a brilliant winner in the fourth minute of added time as Napoli joined AC Milan on 57 points.

Former Chelsea striker Tammy Abraham scored a penalty in the ninth minute of added time as Roma secured a 1-0 win against Spezia.

The hosts played the second half with 10 men after Kelvin Amian was sent off just before the interval.

Spezia looked to have done enough to take a point before Abraham tucked away from 12 yards at the death.

Cagliari ran out 2-1 winners against Torino, while Giovanni Simeone scored a second-half hat-trick in a 3-1 win for Verona against Venezia.

In the day's other fixture, Christopher Nkunku scored with eight minutes left to fire RB Leipzig back into the top four following a 1-0 victory at Bochum. 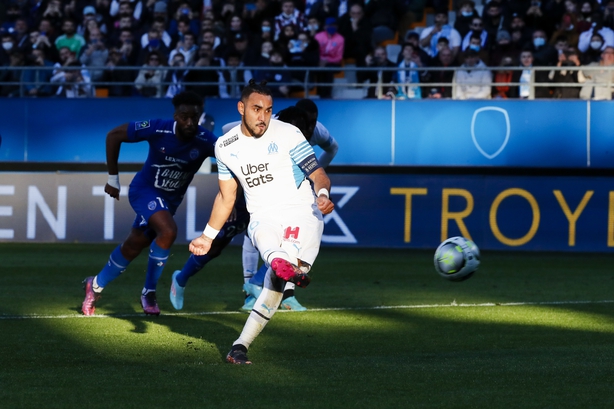 In Ligue 1, Marseille moved back into second despite a 1-1 draw at struggling Troyes.

Dimitri Payet's first-half penalty looked to have settled the match only for Yoann Touzghar to equalise in injury time.

Monaco suffered a setback in their quest for Champions League qualification after they conceded twice in the last seven minutes in a 2-1 home defeat to Reims.

Wissam Ben Yedder opened the scoring after 55 minutes before Kevin Volland converted into his own net with just six minutes left.

Jean Lucas was then dismissed for the home side, with Nathanael Mbuku scoring a shock winner late on.

Gabriel Gudmundsson scored his first Lille goal in a 1-0 win at Lyon, Lens came from behind to take a 2-1 victory at Angers, with Lorient winning 1-0 at Brest.

Metz and Nantes played out a 0-0 stalemate, while Clermont and bottom side Bordeaux also shared the spoils in a 1-1 draw.