Antonio Conte appeared to question whether he is the right man to fix Tottenham's problems after they fell to a 1-0 defeat to relegation-battling Burnley on Wednesday night.

The highs of Saturday's 3-2 win away to Premier League leaders Manchester City were swept away as Ben Mee's header gave the Clarets their first back-to-back wins in 13 months, moving them to within two points of safety.

But for Tottenham, it was a fourth league defeat in five, keeping them in eighth place, tantalisingly close to the battle for Europe but unable to break into it.

After the match, a dejected Conte said: "I don't want to comment on the game, only the situation. In the last five games we lost four times. This is the reality, it's not about the performances.

"I came here to try to improve the situation in Tottenham but maybe in this moment I am not so good. For me it's very frustrating because I know we are working a lot and trying to get the best of every single player, but this reality is this.

"I am too honest to close my eyes...I think we will see how the situation is and make an assessment."

Though they are still only three points from fifth place with games in hand on a number of sides around them, Conte said their form was closer to that of a side battling relegation.

"I am not used to this type of situation," he added. "The situation is not changing. Someone has to speak about the race for the top, but the reality is in the last five games we are fighting for the relegation zone.

"This is the truth...I don't want to close my eyes. I have to take responsibility and I'm open to every decision because I want to help Tottenham. From the first day I arrived I want to help.

"I repeat: I am too honest to close my eyes and continue in this way, and also take my salary, it's not right in this moment." 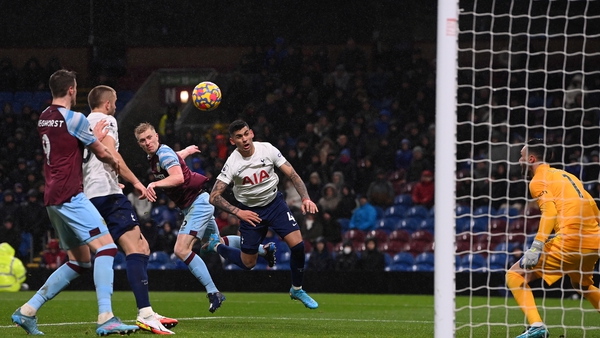