Mohamed Salah scored two penalties, either side of a rare Joel Matip goal from open play, to take his tally to 27 for the season in a 20-minute spell which provided an ideal warm-up for Sunday's Carabao Cup final against Chelsea.

They could easily have doubled that score in the opening 45 minutes alone against the league's worst defence which has now conceded 56 goals in 25 matches.

Sadio Mane's double and Virgil Van Dijk's header in the final 10 minutes put the gloss on a ninth successive victory and capped a miserable night for Bielsa's side who, if they were not already, will be glancing anxiously towards the foot of the table.

Seven defeats in their last 10 matches, with 36 of their goals conceded coming since the start of December, and Burnley's win over Tottenham, has brought the relegation zone alarmingly within three points.

There are no such worries for Liverpool who, with one eye on Wembley, were able to cruise through the second half avoiding unnecessary exertion or injury.

Manager Jurgen Klopp had warned at the start of the week their sole focus had to be on this game and his side, registering five changes from the weekend with full-backs Trent Alexander-Arnold and Andy Robertson restored along with a fresh midfield of Fabinho, Thiago Alcantara and Curtis Jones, heeded those words.

January signing Luis Diaz set the tone with one penetrating early run and then a goalbound shot which was deflected off target by Mane.

Liverpool's one moment of alarm came when Daniel James robbed goalkeeper Alisson Becker as he delayed a clearance but Matip was on hand to tidy up.

Leeds, struggling with key injuries and coming off the back of an energy-sapping, rain-sodden weekend defeat to Manchester United, did their best to match the tempo of their hosts but the fresher legs were soon making a difference.

Exploiting space down Leeds' right, Robertson's cross hit the outstretched arm of Stuart Dallas, allowing Salah to score the 50th goal at Anfield this season in the 15th minute.

Raphinha forcing the ball home from an offside position after Matip's misjudgement in the centre-circle was a brief respite for the visitors as Diaz and Jones, twice, both had chances to score.

When the inevitable second goal came it was from an unlikely source, although Matip had been threatening to do it all season with his mazy runs out of defence.

Exchanging passes with Salah on the right wing the centre-back beat Illan Meslier with a composed near-post finish on the half-hour.

Three minutes later it was 3-0 as two passes from Alisson to Salah and then to Mane saw the Senegal forward brought down just inside the area by Luke Ayling.

VAR agreed with referee Michael Oliver's decision to award a second penalty and although Meslier went the right way on this occasion Salah, finding the same corner, put the ball just too high for the goalkeeper to reach.

Fabinho missed a simple chance to make it 4-0 and Salah should have had a hat-trick in added time but although his lob beat Meslier, Junior Firpo cleared before it could cross the line.

Still the punishment was not over with Salah cutting inside to force Meslier into another save early in the second half and although Leeds improved after the half-time additions of Jamie Shackleton and Tyler Roberts, there were few avenues of opportunity open even against a Liverpool side showing less intensity. 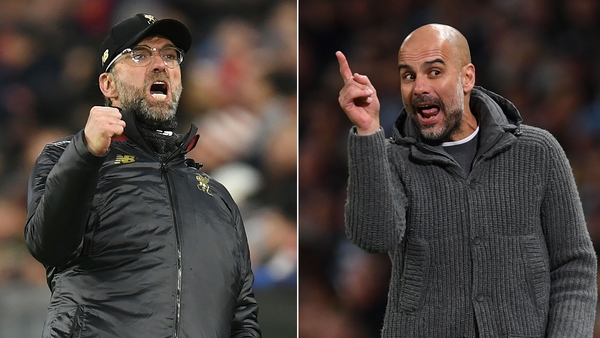