Kylian Mbappe struck in stoppage time to clinch Paris St Germain a 1-0 win against Real Madrid in the first leg of their Champions League round of 16 tie.

Mbappe, widely reported to be set for a summer move to Real, fired home from a tight angle in the fourth minute of added time to give PSG a deserved advantage.

The winner was set up by Neymar, who had stepped off the bench as a second-half replacement for Angel Di Maria in his first appearance since November. 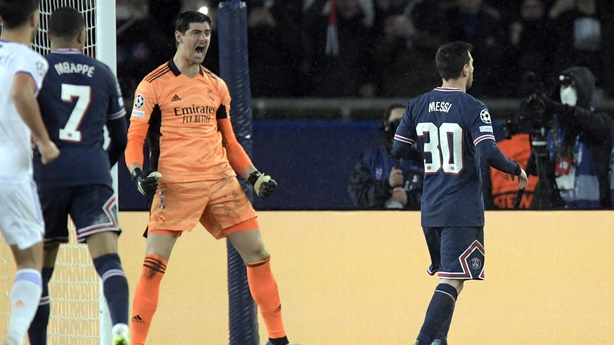 PSG, who lost in the semi-finals to Manchester City last season and were beaten in the 2020 final by Bayern Munich, dominated at the Parc des Princes, but failed to make all their pressure tell.

Real, who appeared set to complete a great escape, will be without both Casemiro and Ferland Mendy for the return leg after they picked up bookings.

Di Maria set the tone after lifting an early chance for PSG over the crossbar from close range.

Courtois denied Mbappe after the interval and Messi fired the loose ball over before Dani Carvajal was adjudged to have taken out Mbappe in the penalty area in the 61st minute.

Messi’s spot-kick was saved by Courtois and it appeared not even the returning Neymar could break Real’s stubborn resistance until the Brazilian set up Mbappe for the decisive strike deep in added time. 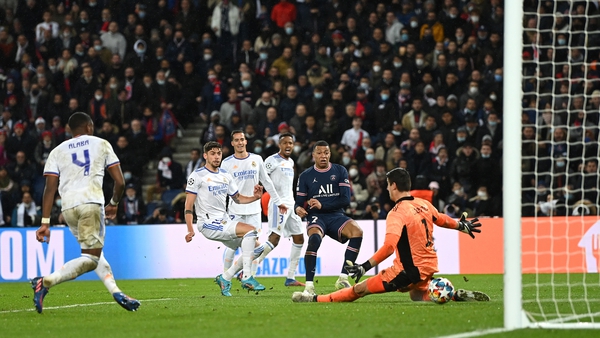