France's victory over Ireland in Paris on Saturday put them firmly on course for Six Nations success and delighted coach Fabien Galthie hailed his side's effort in the 30-24 triumph.

France are now the only team who can complete the Grand Slam this season, something they last achieved 12 years ago when they last won the competition.

"We have a team that has been built on the pitch through its performances. The players have a strong character, a conviction, an ambition," said Galthie at the post-match news conference.

"This group is guided by pride and a very strong collective spirit that allows us to get through the difficult times on the pitch.

"No player feels in trouble when he makes a mistake. There is a mission, a project that removes this feeling of pressure," added the coach, with a nod to the building blocks ahead of next year’s World Cup which the French are hosting.

France got off to a storming start and were 22-7 ahead soon after halftime but allowed Ireland to pull back to within one point, before taking back control and going on to victory.

"Against a team like Ireland, you have to accept that you will have times on the back foot and you need to limit their impact," added Galthie. 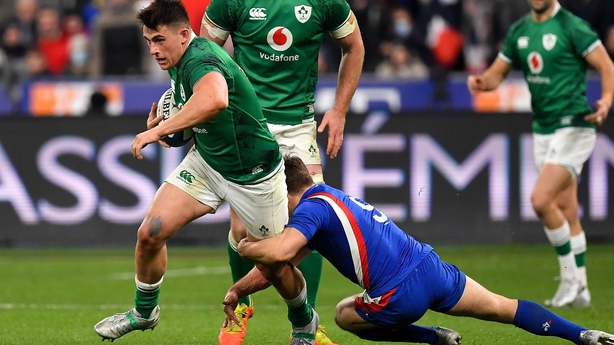 "We managed to regain control in physically and psychologically difficult conditions and, beyond victory which is very, very positive, this will have been a good collective experience which develops confidence throughout the team."

France were much improved after last Sunday’s opening Six Nations clash against Italy, also at Stade de France, where they won comfortably enough but without much conviction.

"We knew that we had to raise our game, in all areas. We also knew that not everything would work out perfectly but that if we managed to have a good balance in our strategy, we would be competitive. And that's what happened," added the coach.

France next have a tough trip to Scotland, who beat them in Paris last year.

But Galthie said any thoughts about the 26 February clash at Murrayfield would be put aside for the moment. "We want to savour this win," he added. 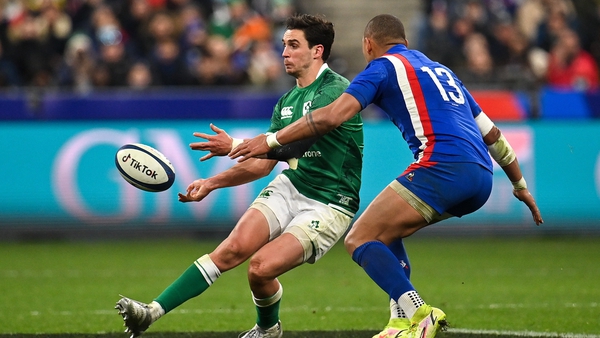 Ratings: Carbery leads the way for Ireland on a tough night in Paris