Liverpool manager Jurgen Klopp believes clubs can still reap the benefits of retaining players into their mid-30s, which could offer hope of a resolution to Mohamed Salah's contract impasse.

The Egypt international turns 30 in the summer, when he will have 12 months left on his current deal.

It is believed the Premier League’s current leading scorer is looking for an improved contract in excess of £300,000-a-week but the player has frequently stressed it is not about the money and he is keen to stay.

Liverpool’s owners Fenway Sports Group have always been reluctant to offer lucrative contracts to players over the age of 30 but the form Salah is showing and his superior fitness suggests he could continue at the highest level for several years more.

Salah will be the last of Liverpool’s famed front three to turn 30, Sadio Mane celebrates a similar birthday in April, while Roberto Firmino is 31 in October and both, too, have contracts which expire in 16 months’ time.

Klopp was asked whether players reach their peak later in their careers now and his response was intriguing.

"One or two years ago the first three players of the Ballon d’Or, apart from Salah who is slightly younger, were all 34 or older.

"Lewandowski is 33, then Messi and Ronaldo (are) 34 and 37 and if you are lucky enough to get through a career without major injuries you can play long.

"There is no peak mid-20s. The massive advantage of early 30s, mid-30s is the player can see things in the right way having learned in his career.

"He can use that and he can be an even better player than he was a few years before and that is the plan with all of them. There is no age roof.

"For clubs it is different, they think 'we won’t sign a 33-year-old because we cannot sell him any more’ but if the player is already in then it is outstanding to have him around because they have experience, desire and quality." 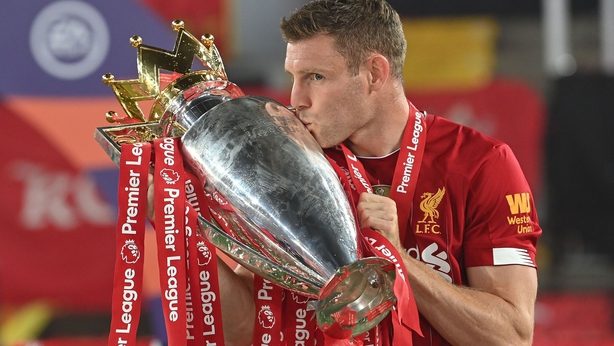 Liverpool’s current veteran is James Milner, who turned 36 last month and is out of contract in the summer.

It is understood Klopp is keen for the midfielder to extend his stay for at least another season.

"There is no chance Milly will retire next year, he is desperate to play on and I understand," he said.

"Life after your career, when you are lucky enough to stay healthy, is much longer than your career so you usually extend your career as long as you can if you can play football.

"I think Milly will be fine after his career as well but he obviously loves what he is doing and he will play football next year, definitely."