Antonio Conte has opened the door to a possible Tottenham return for Christian Eriksen after saying it would be "good opportunity" to work together again.

Eriksen completed a remarkable recovery from his cardiac arrest in the summer when he joined Brentford on a six-month deal, although he is unlikely to be involved against Manchester City in tonight's Premier League encounter.

The Dane left Spurs in 2020 after being signed by Conte at Inter Milan and the pair won the Serie A title together last season before Eriksen's health scare at Euro 2020 ended his time in Italy prematurely.

Spurs head coach Conte, who revealed he met Eriksen by coincidence at a hotel they were both staying in last weekend, said there were no talks to bring the 29-year-old back to the north London club last month but things could be different in the summer.

"Honestly I was surprised about the situation because in my mind, I thought Christian needed more time before coming back to play in England," Conte said.

"For sure, Eriksen is part of Tottenham’s story. To come back here would be a good opportunity for him, for me, for the club.

"But now he’s signed for Brentford, only six months, and we’ll see what happens.

"I’m the first person to be happy to see him again on the pitch because we spent a really good time at Inter Milan together.

"We won the league, we spent two important seasons together. I wish him all the best for the future. And you don’t know what will happen.

"It would be good for me to have him again, to work together."

Conte’s meeting with Eriksen, who made over 300 appearances for Spurs between 2012 and 2020, was by chance, but he enjoyed catching up with his former player.

"It happened that I met him in the same hotel that we were both staying in," the Italian added.

"We were lucky to meet each other, we didn’t prepare the meeting. It was only a coincidence to see with him his family. But I repeat, it was great for me to see him with his family." 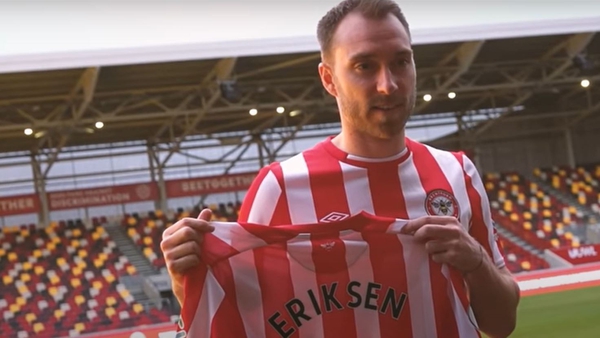