Ange Postecoglou hailed Celtic captain Callum McGregor for playing through the pain barrier in the 3-0 win over Rangers which took them top of the cinch Premiership.

The Scotland midfielder sustained a facial injury against Alloa in the Hoops' Scottish Cup tie last month but donned a protective mask to return for the Old Firm game at Parkhead where the Hoops hit top form.

Reo Hatate marked his debut in the fixture by grabbing a stunning first-half brace before Liel Abada added a third to have the points secured by half-time with Celtic leapfrogging their city rivals to sit one point clear at the summit.

Celtic boss Postecoglou said: "It is a credit to the whole group the way they have gone about tackling every challenge this season.

"They haven't allowed anyone as an individual to feel they are not part of something and Callum was outstanding again, the fact that he even played tonight, he is the kind of leader people follow.

"It is a credit to him, he never ruled himself out from the first day, he knew how important this game was.

"We have significant absences but he trained on Tuesday and we had a chat with him and he was going to play.

"He said I am going to play, I am fine, no problems. A lot of players wouldn't have."

Postecoglou played down Celtic's move to the top of the table.

He said: "Being in top spot is a sign of our progression, absolutely, because we lost three of the first five or six so we know how the Scottish Premiership works.

"We had to be almost perfect to get to where we are now.

"We have been under pressure for a long time but it's testament to the players' character and the spirit they've got that they haven't let that affect them.

"They haven't looked at the table and the points and they won't now." 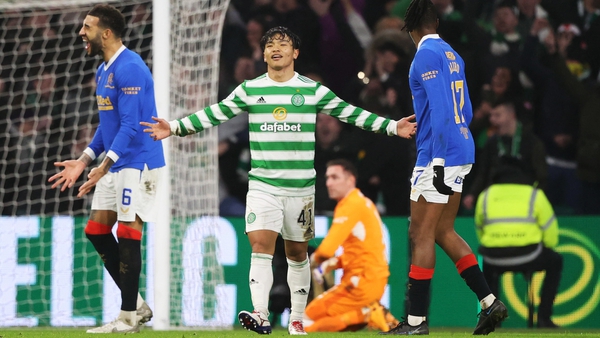 Celtic blitz Rangers to leapfrog rivals at the summit