Alex Gogic looked to have scored a debut winner for St Mirren from ex-Ireland youth international Connor Ronan's assist when he headed home in the 81st minute of a close encounter 24 hours after moving on loan from Hibernian.

But Republic of Ireland Under-21 international Tierney, who signed for Motherwell from Bohemians just last month and was making his third league appearance, finished high into the net after fellow substitute Kaiyne Woolery robbed Richard Tait on the by-line and cut the ball back.

A number of fans of both clubs encroached onto the pitch in the corner after the goal and two traded punches before moving back into the stands.

Motherwell had enjoyed the better of a tight first half before both goalkeepers made decent saves in a livelier second period.

St Mirren struggled to get going in an attacking sense, not helped by centre-forward Eamonn Brophy pulling up injured midway through the first half. Gogic came on, with Ronan pushing further forward and Greg Kiltie leading the line.

Tierney came on for Motherwell five minutes before half-time after Liam Shaw went off with a head knock.

The Motherwell substitute had a good chance just after the break after being picked out by O'Donnell on the edge of the box. Alnwick stopped his first effort and the Dubliner failed to get a decent connection on the rebound.

The hosts, managed by Waterford native Jim Goodwin, netted from a corner with 10 minutes to go as 23-year-old Ronan provided the assist. Gogic rose highest to meet the 14-time Irish Under-21 cap's delivery and directed a powerful header in off a post.

Saints were on their way to a fourth win from four matches in 2022 until Tierney struck and Alnwick saved from van Veen as Motherwell threatened a turnaround. 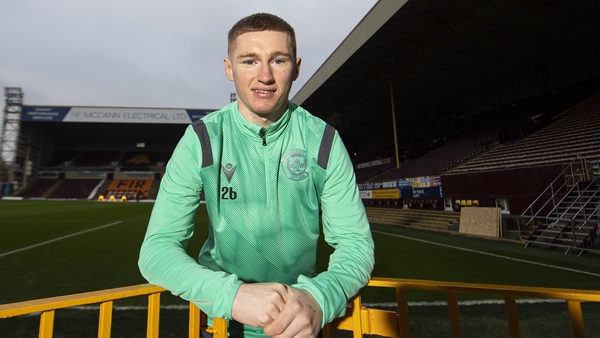 Ross Tierney ready to punch above his weight at Motherwell