Harry Cornick came off the bench to score the only goal of the game against Swansea and lift Luton to within three points of the Sky Bet Championship play-off places.

The striker scored his first goal for three months, and eighth of the season, to leave sliding Swansea with just one win in their last seven games. By contrast, Luton have won four of their last seven.

Republic of Ireland international cap Michael Obafemi was in the Swans starting line-up for just the second time this season, while Boys in Green defenders Ryan Manning and Cyrus Christie, who is on loan from Fulham since 13 January, both started at wing-back.

Swansea dominated possession and Obafemi came close to scoring with 20 minutes remaining when Hannes Wolf's pace and trickery presented a chance for him, but the former Southampton striker's effort was blocked.

But the Luton winner came shortly after as Swansea continued to push forward, leaving space at the back and they were made to pay by Cornick in the 72nd minute.

The striker found space on the right hand side of the penalty area and whipped a fierce shot across goalkeeper Andy Fisher and inside the far post.

Luton had relatively few scares in holding onto their lead in the final few minutes as Swansea struggled to create openings.

Meanwhile, Ben Whiteman missed a second-half penalty as Preston North End were forced to settle for a point in an otherwise tame goalless draw at Millwall.

Midfielder Whiteman missed the golden chance when his 65th-minute spot-kick hit the post after Millwall defender Shaun Hutchinson tangled with Andrew Hughes in the area.

Four-time Irish senior cap Greg Cunningham started for Preston at left wing-back, while Boys In Green international midfielder and club captain Alan Browne came off the bench for Preston with 11 minutes to go.

Former Ireland Under-21 full-back Danny McNamara was part of the Millwall starting XI.

Elsewhere, Ireland winger Chiedozie Ogbene was among the scorers in League One as Rotherham United earned a 5-0 victory at Doncaster Rovers to stretch their lead at the top of England's third tier.

Mickel Miller scored straight for a corner to give the visitors an early lead before Ben Wiles added a second in the 17th minute.

Ogbene ended hopes of a second-half Rovers revival when he curled the ball into the top corner with 18 minutes left before Daniel Barlaser swiftly tucked away a penalty and Jamie Lindsay scored a late fifth from close range. 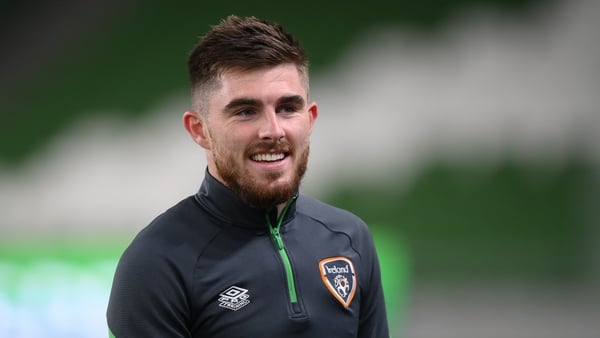