The prolific Lewandowski won the award for the second straight year after a season in which he beat Gerd Muller's 49-year old record of 40 goals in a single Bundesliga campaign. 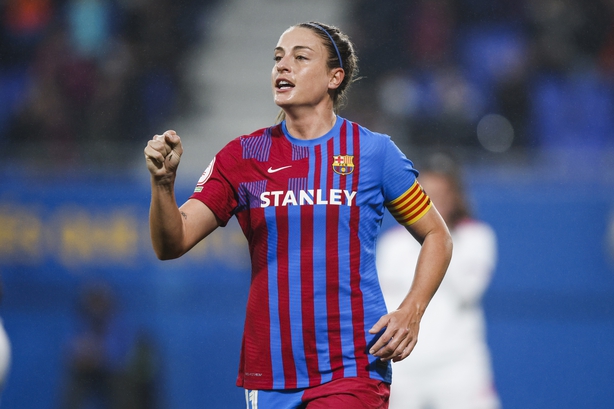 The 27-year-old Putellas [above] was at the heart of the Barcelona women's team which won the Spanish league and the UEFA Champions League.

Chelsea won both the awards for best coach, with Thomas Tuchel winning the men's award and Emma Hayes named the best women's coach.

Tuchel had guided Chelsea to the Champions League title after taking over the club in January while Hayes won the Women's Super League, FA Cup and League Cup treble in England.

The Puskas Award for best goal of the year was won by Argentine Erik Lamela, now with Spanish club Sevilla, for his goal for Tottenham Hotspur against Arsenal.