On Sunday, Roberto Lopes, who qualifies to play for Cape Verde through his father - became the first ever Irish-born player to feature at the Africa Cup of Nations.

The Shamrock Rovers defender played the full 90 minutes as Cape Verde began with a 1-0 win against 10-man Ethiopia. Of course Lopez's international career may not have come about at all after he first was suspicious of an approach made by then Cape Verde boss Rui Aguas.

Speaking on RTE's Game On, the 29-year-old takes up the story.

"I got a message on Linkedin from the then manager which I ignored. The message was in Portuguese. I was getting a lot of prank phone calls and spam messages, so I was a bit sceptical about how genuine it was.

"And then Rui Aguas got back to me, this time in English. The rest is history. Through sheer ignorance, I ignored the original message. Looking back on it now I can't believe how rude I was.

"A copy and paste into Google translate would have done all the work for me."

Not surprisingly, Lopes is now relishing playing international football and the new horizons that have now opened up for him.

"From a footballing point of view it has helped my game and in terms of life experience I'm going to places I would never go on holiday," he added.

"I'm getting to do it through football. I'm diving into different cultures; I'm not afraid to try new thing. Growing up I never paid much attention to Cape Verde, I'm just making up for last time now.

"I wasn't expecting the exposure after the Ethiopia game. I'm not used to it. It's great to get the support from back home; people getting in contact with me to wish me well after yesterday's game. It's overwhelming to be honest with you." 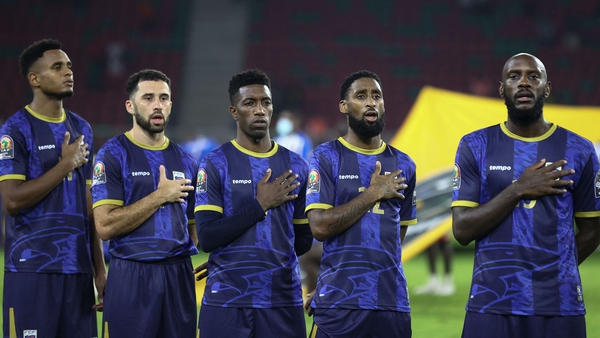