St Patrick's Athletic have significantly boosted their title aspirations for next season with the signing of striker Eoin Doyle from Bolton Wanderers.

The 33-year-old has been a consistent goal scorer in a career that has spanned the Irish, Scottish and English leagues.

Doyle scored 19 goals for the Trotters last term and the most recent of his 28 appearances this term came in Tuesday’s 1-0 defeat to Hartlepool in the Football League Trophy.

The frontman has plundered 160 goals in almost 500 senior appearances.

The two-time FAI Cup winner with Sligo Rovers, who will wear the number nine jersey at Richmond Park, says he is "delighted" to be moving back home to Dublin with his family and is aiming to hit the ground running under manager, and former team-mate, Tim Clancy.

"It was a huge decision for me and coming home was a major factor, I've always been a big fan of the league, and looked out for the results of the clubs I've played at, and Tim's results at Drogheda," he said.

"I didn't want to come back when I was too old when I couldn't add any value to the team, it was important for me to come back and try have some success." 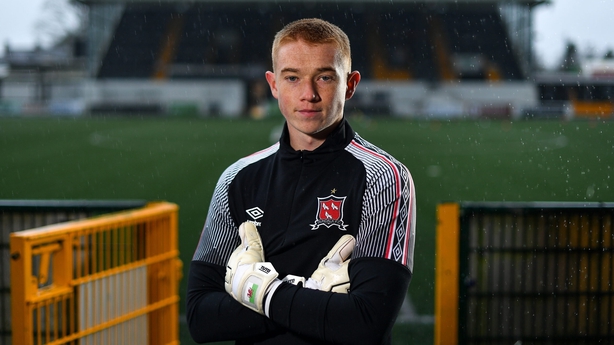 Shepperd started his career at Swansea City's academy before joining the west London outfit in the summer of 2019.

Shepperd made his international debut in a friendly against the Republic of Ireland in March 2021 and has been a regular in the Welsh Under-21 squad ever since. He'll compete with Peter Cherrie for the number 1 spot this season.

"I really enjoyed my time at Brentford but I feel like the time is right now for me to move on and hopefully do really good things at Dundalk," he told dundalkfc.com .

"A couple of my ex-teammates at Brentford and Swansea have come over to the League of Ireland and I’ve always looked out for them and kept in touch with them. Everything I’ve heard is good, so why not?"