Since the club initially asked on Tuesday evening for the match to be rearranged there have been more positive tests - including assistant manager Pep Lijnders.

The Dutchman was leading the side in the absence of Klopp, who has been isolating since the weekend, and the latest positive tests forced the closure of the first-team training facility for at least 48 hours.

The EFL reluctantly accepted Liverpool's request and the order of the ties will now be switched to next week's match at Anfield will be the first leg with the second leg taking place at the Emirates Stadium on 20 January.

"Having now fully reviewed the circumstances involved, the League has accepted Liverpool's request after determining, albeit reluctantly, that a postponement was the only option as the club looks to mitigate against the further risk of infection amongst its squad and staff alongside ensuring public health was protected by not travelling from Liverpool to London," read the EFL's statement.

Liverpool initially cancelled first-team training on Tuesday before making their application to the EFL, but since then further suspected positive tests were recorded overnight and on Wednesday morning among players and staff.

The club called off their pre-match press conference with Lijnders and were advised by public health officials to shut down the first-team training centre at their Kirkby base for at least 48 hours.

In addition to Klopp, three players – Alisson Becker, Joel Matip and Roberto Firmino – were already isolating and the likes of Thiago Alcantara, Takumi Minamino, Nat Phillips, Divock Origi and Harvey Elliott all absent through injury, while Mohamed Salah, Sadio Mane and Naby Keita are now at the Africa Cup of Nations.

"The outbreak has left Liverpool without a sufficient number of players and staff to fulfil the contest as originally scheduled," a club statement read.

"Liverpool Football Club would like to place on record its thanks to the EFL and Arsenal for their understanding, as well as supporters of both clubs, as we continue to navigate through this challenging period."

Liverpool's FA Youth Cup fourth-round tie at home to Burnley on Friday, which would have been played at the AXA training complex, has also been postponed.

If the first team’s next match, the FA Cup third-round tie at home to Shrewsbury, is to go ahead on Sunday some players from the under-18s may be required to fill the squad.

The criteria for that competition sets a lower bar with the club obligated to name any 14 players who are registered, which is what occurred to Aston Villa – coincidentally facing Liverpool – at the third round stage a year ago when Covid forced the closure of their training ground.

As a result of the Carabao Cup semi-final being rescheduled for 20 January, the Premier League said Arsenal’s home match against Burnley will now take place a day later than planned on 23 January at 2pm. 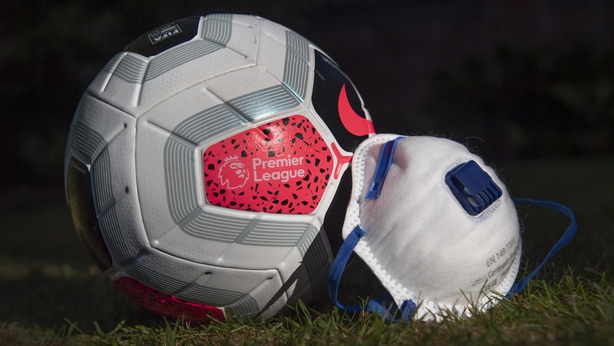 The postponement comes as it emerged the Premier League is dropping twice-weekly PCR testing for Covid-19 on all players and staff.

From Thursday clubs will continue to conduct daily lateral flow tests (LFTs) on training days but PCR tests will only be taken to confirm a positive lateral flow result.

The move away from routine PCR testing is understood to have been made completely independently of the change in the Government's approach to testing and isolation.

The UK Health and Security Agency (UKHSA) announced on Wednesday that from 11 January an asymptomatic individual who tested positive for Covid-19 on an LFT would no longer need to take a PCR test to confirm the result, and that their period of isolation would begin on the date of the positive LFT.

The league will adopt the new rules on isolation for asymptomatic individuals when they come into force, rather than starting the isolation period when the result of the follow-up PCR is known.

On 14 December, the Premier League introduced the requirement for daily lateral flow testing and twice-weekly PCR tests to combat the threat posed by the highly-transmissible Omicron variant.

Prior to that, clubs had been conducting twice-weekly lateral flow tests and only using PCRs to confirm positive cases.

The league announced on Monday that 14,250 Covid-19 tests were administered on players and club staff between 27 December and 2 January, out of which 94 (0.65%) were positive.

This was the first decrease in eight weeks, with 103 positives recorded the previous week.

FIFA has said that the Premier League has the option of rescheduling matches postponed due to Covid-19 during the international break at the end of the month,

Eighteen top-flight games have been called off for Covid-related reasons since last month amid a significant rise in cases, with only three given new dates so far.

The international window which runs from 24 January to 2 February will not involve European countries, and had been viewed by the league at the start of the season as an opportunity for any players not called up for international duty elsewhere to take a break.

However, that 10-day period could now be valuable to catch up, and FIFA would not stand in the Premier League's way if it chose to stage matches then, provided clubs released non-European players when requested to.

Playing top-flight matches during the window could create issues around integrity, with some clubs more affected by call-ups outside Europe than others.

Meanwhile, Arsenal have been charged with failing to ensure their players conducted themselves in an orderly fashion after Gabriel Magalhaes was sent off in the Premier League defeat to Manchester City on New Year's Day.

An ill-tempered affair saw the defender dismissed for two bookings inside two minutes during the second half, with Arsenal unable to hold on for a point as City came from behind to win 2-1 at the Emirates Stadium.