Thomas Tuchel has insisted Romelu Lukaku "will stay our player" despite showdown talks slated for Monday over the Chelsea striker's controversial comments on his Stamford Bridge situation.

Blues boss Tuchel hailed an "immense" comeback as Mateo Kovacic and Christian Pulisic struck to claim a 2-2 Premier League draw with Liverpool at Stamford Bridge – and all without club-record signing Lukaku.

The €116million man was stood down for Sunday’s clash after an interview aired on Thursday, which was recorded three weeks ago, in which Lukaku revealed unhappiness at his Chelsea situation.

Lukaku has scored two goals in two games since that interview took place and also insisted he had smoothed things over with boss Tuchel, but the German coach and the Chelsea hierarchy took a dim view of the comments and their timing.

Tuchel admitted he will talk to Lukaku on Monday to thrash out a way forward but insisted the 28-year-old’s future is not up for debate.

"We will always protect our players and when we make decisions like this, first we need to evaluate the situation, not listen to the media but understand what he said and why he said it.

"If the decision is he’s good to go for Wednesday for the Tottenham match, this is the decision.

"But I cannot tell you right now because we need to talk and understand the situation better.

"There’s no doubt he will stay our player, and we have to protect our players."

Lukaku told Sky Sport Italy: "I’m not happy with the situation and that’s only natural."

The former Inter Milan star had however told ESPN Brazil on St Stephen's Day that he and Tuchel had thrashed out some differences, having aimed for a "multidimensional" role with the Blues. 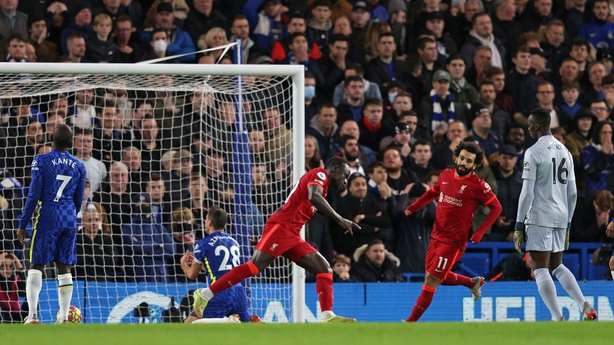 Sadio Mane broke a 10-game scoring duck and Mo Salah delivered his 16th league goal of the campaign as Liverpool raced into early control on Sunday.

But Chelsea battled back and ground out an impressive point, especially given the Lukaku situation and a growing injury glut.

"It's not the first time that an interview out there causes some noise," said Tuchel.

"We lost totally the focus for the match and we took the decision to delay the process, to protect also Romelu from a rash decision.

"We need to speak, we need to read the full interview and to stay calm and not lose our heads.

Explaining he had consulted senior Chelsea players before omitting Lukaku on Sunday, Tuchel continued: "I take decisions for the team. I have players to listen to them and hear their opinion and what they think.

"I make my decisions once I hear them out. It’s their club, it’s their team, and it’s not personal for me to decide only because of my beliefs.

"We have to protect the strong beliefs and values of the squad. Regularly we speak to five or six players to get the inside view, to have a clearer evaluation of the situation.

"This was a big match against a big opponent; a big response, and given the circumstances, where we came from and how we played was exceptional.

"Coming back from 2-0 down was immense, and there are no worries except for the result. It was a brilliant match for both teams."

Asked if third-placed Liverpool are still in the title race, Lijnders replied: "It was an incredible game; it’s never boring with us.

"We never look at others, a title race is only decided on the last day.

"We have to focus on ourselves, that’s how we always did it, that’s why we got into the position we’re in. That’s how we were able to develop the group, and to win trophies in the past.

"If we keep this fighting spirit up and play a little bit better in the next few games, we’ll have a chance."