Dan Cleary has completed a move to St Johnstone from Dundalk on a two-and-a-half-year deal.

The 25 year-old spent three years at Oriel Park after being released by Birmingham City.

The centre-half will join up with the rest of the squad in midweek when training resumes ahead of the second half of the Scottish Premiership season.

St Johnstone are bottom of the table having won just three times in the league, but Cleary is relishing the challenge of helping them to turn things around.

"This is a great move for me and I can't wait to get started," he said.

"I had other offers to consider but St Johnstone is the perfect challenge for me at this stage of my career.

"The manager [Callum Davidson] made me feel really wanted and he is the type of manager I want to play for. I was over for a short visit last month and it was good to work with the manager, the coaching staff and the players. I was impressed with the set-up.

"I'll be back over permanently when training starts this week and we all know how important the next few weeks and months are going to be.

"We know it is going to take hard work and dedication as the starting points to get points on the board and climb the table.

"I know I am ready for that challenge and I need to impress the manager and the staff to show I am worthy of a place in the team." 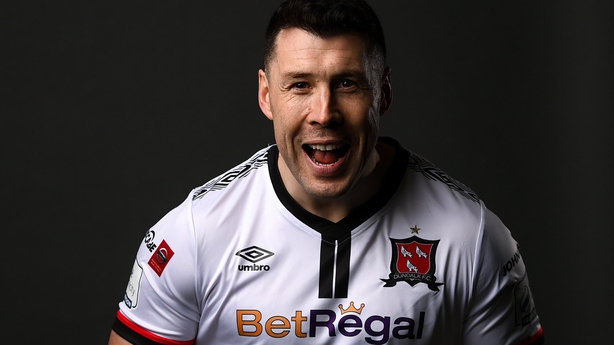 Meanwhile Brian Gartland will be at Dundalk for a tenth campaign in 2022 after agreeing a new deal to stay with the Lilywhites.

The 35-year-old's playing time has diminished in the last two seasons but his presence and experience remain highly valued.

New boss Stephen O'Donnell is well aware of the Dubliner's qualities - he's now moved to tie him down for another year.

Gartland, whose season was massively disrupted by a knee injury he suffered against Shamrock Rovers last April, told dundalkfc.com: "I'm delighted to be staying here and going into my 10th season at the club. There is nowhere else I wanted to be.

"Last year was one of the toughest years of my life, on and off the pitch. Mentally, it was so hard seeing where the club was going and because I had the injury, I felt helpless and couldn’t do anything about it.

"Thankfully, my recovery is going very well and with the new owners and management team, there is a real buzz around the club again."

Gartland came to Oriel Park from Portadown in the summer of 2013. He has gone on to lift 16 trophies in a sparkling era, featuring in both of the club's Europa League group stage campaigns in 2016 and 2020.

"I feel that I have a lot to offer and I can’t wait to get back out in front of the crowd at Oriel," he added.

"It’s been that long since I played in front of them and there were times last year when I was wondering if I’d ever get the chance to do that again.

"I have massive respect for Stevie [O'Donnell]. He was my captain when I played alongside him and I love his ideas and philosophy on the game and I’m really looking forward to working with him, Padge Cregg and Dave Mackey.

"It’s a new era for the club and, knowing Stevie, and from speaking to the new owners, the environment will be right to help us rebuild, consolidate and get this club back to where it was and where it should be."