Skipper Harry Maguire claims that a 16-day Covid-19 break had done Manchester United no favours after they salvaged a 1-1 draw at Premier League strugglers Newcastle.

The Red Devils needed a 71st-minute equaliser from half-time substitute Edinson Cavani to emerge with anything to show for their efforts at St James' Park on Monday night as interim manager Ralf Rangnick was forced to abandon his favoured 4-2-2-2 formation, and were indebted to goalkeeper David De Gea for a series of fine saves.

It was their first outing for 16 days after a coronavirus outbreak which prompted the club to close their Carrington training complex – Victor Lindelof was absent on Tyneside after testing positive – but it was the lowly Magpies, playing for the fourth time in 16 days and depleted by Covid and injuries, who very nearly secured just a second win of the campaign.

Maguire told Manchester United’s official website: "No 16-day break in the middle of a football season is going to help you.

"The training ground has been shut and half the lads playing today are recovering from the virus, so of course it’s not going to help us.

"But you can’t make excuses for sloppy passes and the opportunities that we had, especially in the first half.

"You can look at that and ask whether the last 16 days had a big impact on that because it looked like we ran out of steam out there.

"A point in the end is a fair result, but it’s a result that we’re disappointed with." 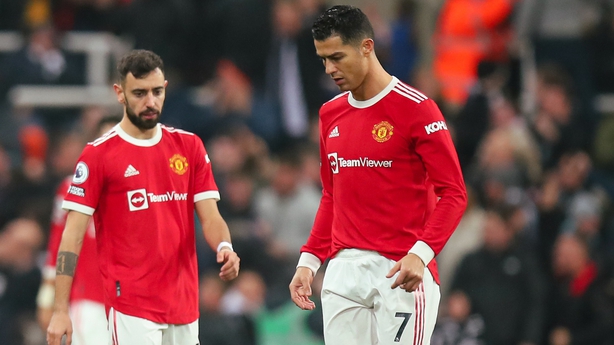 Rangnick's men fell behind to Allan Saint-Maximin’s superb seventh-minute opener and were criminally negligent in possession as they attempted to work their way back into the game.

Cavani and Jadon Sancho were introduced at the break with Fred and Mason Greenwood making way in a change of shape and the Uruguay international struck with 19 minutes remaining to snatch a point.

However, Jacob Murphy was denied by a post and Miguel Almiron by a stunning De Gea save as time ran down to leave the visitors counting their blessings.

Maguire added: "David’s on great form at the minute. In big moments – it always seems to be late on in games that he’s always there to produce for us."

The draw left United seven points adrift of fourth-placed Arsenal with two games in hand ahead of Thursday’s clash with Burnley at Old Trafford, although Maguire is convinced they will be better for a tough evening in the north east.

He said: "I’m sure 90 minutes will have benefitted every single player out there.

"The Burnley game and the Wolves game are coming up thick and fast and we’ve got to play better than we have done tonight to make sure we get three points."

Meanwhile, Newcastle boss Eddie Howe will take a roll call ahead of Thursday's scheduled trip to Everton after admitting he is "dangerously close" to not having enough players to fulfil the fixture.

The Magpies went into Monday’s Premier League clash against Manchester United with their squad ravaged by positive Covid-19 tests and injuries and emerged further depleted.

Karl Darlow, Ireland defender Ciaran Clark, Matt Ritchie and the suspended Isaac Hayden were absent from a matchday squad which featured only eight substitutes, while Callum Wilson and Allan Saint-Maximin both limped off.

Howe admitted Wilson’s injury in particular was a concern, and while midfielder Hayden is available after serving his ban, full-back Javier Manquillo picked up his fifth yellow card of the campaign against the Red Devils and will sit out at Goodison Park.

The Newcastle boss declined to give details of the extent of the coronavirus outbreak, but asked how the picture looked for Thursday, when he will need a minimum of 13 outfield players and a goalkeeper available, he said: "We will try and get the game on. 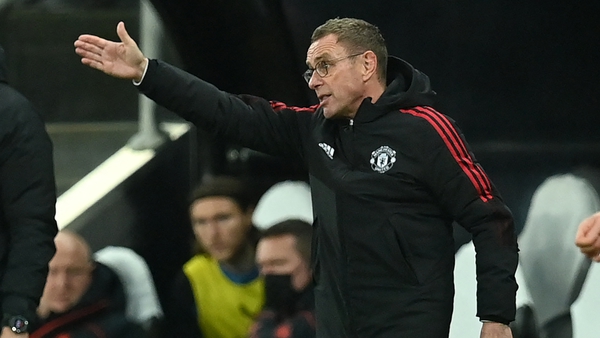