Dundalk have confirmed that John Mountney has returned to Oriel Park after a short spell at St Patrick's Athletic.

The 28-year-old spent nine seasons at Oriel Park between 2012 and 2020, making a total of 305 appearances before moving to Richmond Park last winter.

"It feels great to be back," Mountney told Dundalkfc.com.

"There is a great buzz around the place and it feels good to be home. I’ve always had an emotional attachment to Dundalk.

"I’ve lived here for so long and even last year I commuted to Dublin, so there was always a thought in the back of my mind and when Stephen O’Donnell came back as head coach, I was waiting for a phone call, hoping I’d get the chance to come back.

"There is a good core of players, and some big personalities signed, and they are excited by Stephen coming. They and have the boy between the teeth for next year. There is a real hunger to be successful again."

"I’m thrilled to get John back in the building, from a personality standpoint, a culture standpoint and a football standpoint," O’Donnell said of the Mayo man’s return.

"He was having a very good season at St Pat’s last year and his last game for the club, ironically enough, proved to be at Oriel Park where he picked up a bad knee injury. Since then, his rehab has been very good and his recovery is going smoothly.

"With the size of the squad we are going to go with, it will be important to have players with versatility and John gives us that. In the main, he played at full-back also tear but he can also play wide right, as he did with Dundalk, and in midfield." 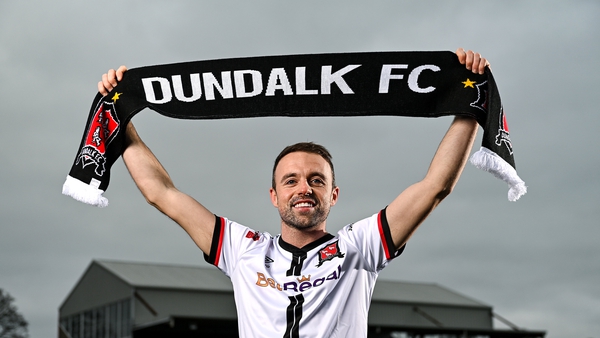