Covid-affected Chelsea ground out a goalless draw with Wolves at a foggy Molineux to lose further ground on Premier League leaders Manchester City.

Daniel Podence had a first-half tap-in chalked off for offside and Leander Dendoncker spurned a glorious chance as luckless Wolves forced Chelsea to settle for a fourth draw in eight top-flight matches.

Chelsea travelled to the midlands without at least eight senior players but still managed to field a strong XI.

As the Molineux mist thickened, so too did the clouds of portent descend on Chelsea's title bid.

While the Blues laboured without reward, Pep Guardiola's City swept to their eighth straight Premier League win with an ominous 4-0 hammering of Newcastle .

Chelsea were left "deeply disappointed" by the Premier League rejecting their request to postpone the Wolves trip, given their rising Covid-19 cases.

The Blues were without seven top stars at Molineux due to coronavirus, with Jorginho removed as a precaution, having returned one positive and then one negative test.

Manager Thomas Tuchel even conceded the Blues were "a bit angry" to be forced to play, while Premier League bosses did not consider the Blues' situation merited a postponement.

N'Golo Kante and Mateo Kovacic were pressed into premature service after long-term injuries then, with Chelsea only able to name four outfield players on their bench.

Kovacic only returned from Covid isolation on Friday, to add to almost two months of being sidelined after a hamstring strain.

Wolves could so easily have been two goals to the good at the break. 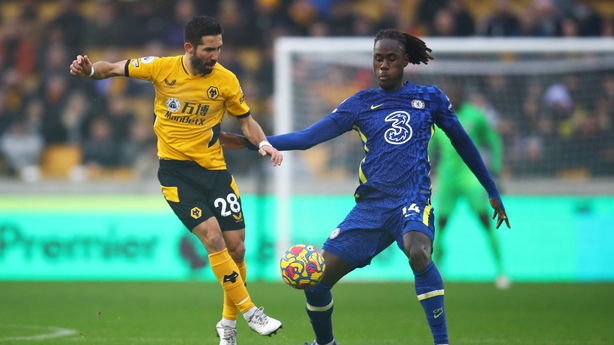 Podence tapped home to cap a smart move, thinking he had put Wolves into the lead inside the quarter-hour.

But the goal was finally chalked off for Raul Jimenez's offside, with the Mexico striker having played and missed Marcal's teasing low ball across the area.

Kante escaped censure when the ball flicked up onto his arm, with Podence lurking and likely to have been played free by Jose Sa's raking pass.

And then Leander Dendoncker fluffed a totally free header from a fine Podence cross.

The Belgium midfielder hit the target but with nowhere near enough venom to trouble Edouard Mendy.

Trevoh Chalobah was replaced at half-time, with Kovacic tasting his first action since late October.

Christian Pulisic could have poked in a late winner only to see his effort palmed clear by Sa after a smart Chelsea raid.

But despite a solid performance the Blues could not make the breakthrough, and were left to lament further ground conceded in the title race. 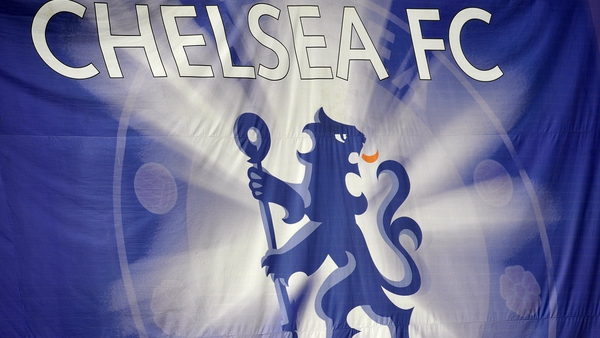