Pele has returned to hospital to continue treatment for a colon tumour.

Sao Paulo's Hospital Albert Einstein said on Wednesday that the 81-year-old is in a stable condition and should be discharged in the next few days.

Pele revealed on 6 September that a "suspicious lesion" had been detected during tests, prompting surgeons to operate on the former Brazil forward.

The three-time World Cup winner spent most of September in hospital, including a few days in intensive care, before returning home.

A statement from the hospital on Wednesday read: "Edson Arantes do Nascimento (Pele) is hospitalised at Hospital Israelita Albert Einstein to continue the treatment of the colon tumour, identified in September this year.

"The patient is stable, and the forecast is that he will be released in the next few days."

Officially, he scored 757 goals during a glittering career - club Santos claim his tally was closer to 1,000 - leaving him behind only Cristiano Ronaldo and Josef Biscan on the all-time list. 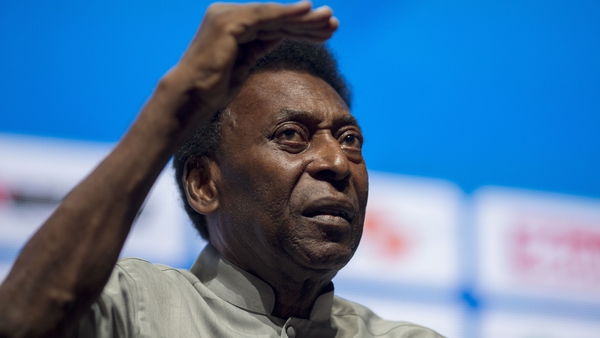