Thomas Tuchel has revealed Mateo Kovacic has tested positive for Covid-19 in a "huge setback" for Chelsea.

Croatia midfielder Kovacic had returned to Chelsea training on Monday after hamstring trouble, only to return a positive coronavirus test on Tuesday.

The 27-year-old had been out of action since late October and Blues boss Tuchel had hoped to ease him back in this week.

N'Golo Kante remains sidelined with a knee issue, while Jorginho has been forced to play through the pain of a back niggle and will now miss Wednesday's Champions League trip to Zenit.

Kovacic, Kante and Jorginho are all vital to Tuchel's 3-4-3 system as Chelsea's stellar defensive midfielders, and the Blues have battled to offset their respective absences.

"We have bad news because Mateo was in training yesterday and with a big smile, and it was a pure pleasure to have him back," said Tuchel.

"But he tested positive today, for coronavirus, so he's quarantining for a few days.

"So it's a huge setback for him personally and for all of us."

Asked if the resurgence of coronavirus has caused extra concerns at Chelsea generally, Tuchel added: "Yes, I was aware that this can happen, me personally.

"I'm not happy, not only as a manger but also as a person.

"But this is the reality at the moment, we have to face it to be ready to adapt and to do the best thing possible to avoid transmission." 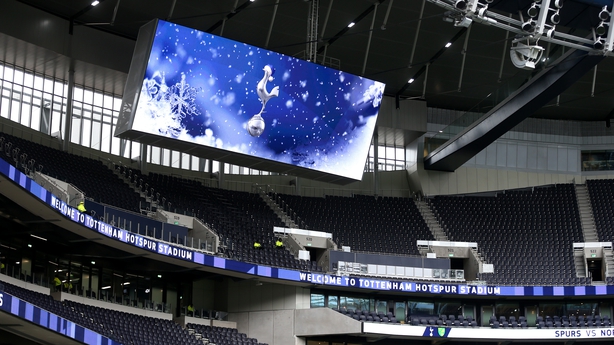 Elsewhere Tottenham Hotspur's plans for a busy period of games have been hurt by a coronavirus outbreak at the club.

A number of first-team players and two members of the coaching staff have tested positive ahead of further PCR tests on Tuesday, according to the Press Association.

With a must-win Europa Conference League game against Rennes on Thursday and then Premier League games at Brighton and Leicester, Spurs' preparations look set to be severely impacted.

They saw matches against Aston Villa and Fulham called off last season due to Covid-19, while two players posted false positive results on a lateral flow test earlier this term, but were later cleared to play by a negative PCR test.

Boss Antonio Conte will be hoping something similar happens again and that there are no more positive tests ahead of a crunch period.

Calling the Rennes game off appears highly unlikely as, according to UEFA rules, a team needs to have fewer than 13 available players or no registered goalkeeper available for that to be the case.

If the situation does worsen, the club could consider asking the Premier League to call off the Brighton game on Sunday.

The league works on a case-by-case basis and if a club does request a game to be postponed, it would be a Premier League board decision.

Spurs are not commenting on the matter.