The FAI faces an off-season war with League of Ireland clubs after vowing that there is no going back on the shock decision to delay the start of the 2022 Under-14 campaign until July.

In a decision made at an FAI board meeting last Monday, in order to accommodate schoolboy clubs and the Kennedy Cup in June, the FAI voted to move the start of the 14s campaign from March, with League of Ireland academy bosses reacting in shock and anger.

Many League of Ireland Under-14s squads have already been finalised, with coaches and academy heads shocked by a decision that was made, they say, without prior consultation with league clubs.

The delay will allow the Kennedy Cup, a flagship competition for the Schoolboys Football Association of Ireland, to proceed as normal as an Under-14 competition in June.

The decision is borne out of schoolboy anger about League of Ireland clubs recruiting players for a calendar year.

The Dublin & District Schoolboys League has stuck to a winter season. 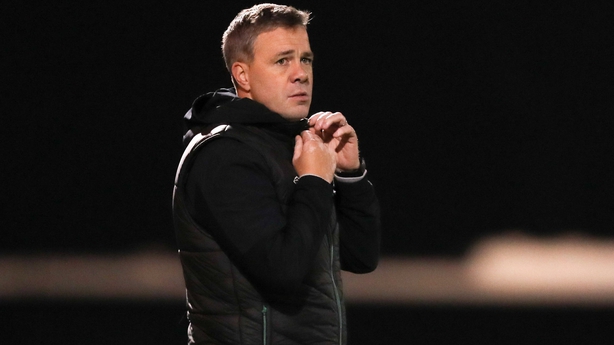 Shamrock Rovers Under-14 manager Graham Gartland - pictured above - has told RTÉ Sport that the League of Ireland clubs cannot accept the ruling, on the basis of their putting the players first.

In a letter sent to the League of Ireland clubs seen by RTÉ Sport, the FAI said it was not reversing its decision.

"We want to explain the Board's rationale in arriving at this decision which was reached following careful deliberation and will not be reversed. First, the Board is determined to transform the development pathways for all young players, girls and boys, so that players of all abilities will be able to pursue a pathway that is appropriate for them.

"Second, the Board and Executive are fully committed to our League of Ireland Academy structure which is a key feature of our draft FAI Strategy 2022-25. We will work with central Government and all external stakeholders as well as the entire Irish football community to create the best Academies that we can for those young players who will be lucky enough to become part of them.

"That will take time, energy and financial resource and not least the commitment of the FAI, Government, LOI clubs, and local Grassroots Leagues and clubs.

"Third, another reason for the decision to implement these changes now is because the Board (considers) it to be an appropriate solution to overcome the broader issue of players transitioning from Grassroots football to the Underage National League in the middle of the winter season.

"The Board and Executive are conscious that there are different views on this issue throughout the game and different perspectives depending, among other factors, on whether clubs and leagues are focused on growing participation and/or developing young players. We recognise that there are established competitions and traditions that deserve support while it is essential also that new initiatives, which support the development of the professional game, are given every opportunity and support to develop our best players.

"Accommodating these different perspectives within our distinctive sporting background will require all of us to put young players first and find collaborative solutions that will enable players of all abilities to find their level within the game and be given every opportunity to develop along a pathway that is appropriate for them.

"But we can only do this if we work together, collaboratively and positively. Our new Director of Football, when appointed, will be tasked with building that consensus having that holistic, innovative and reformist approach to the game as a whole. We will shortly discuss next steps with all key stakeholders including Underage National League clubs, the Schoolboys Football Association of Ireland, Grassroots Underage clubs and Youth and Amateur football."

RTÉ Sport has contacted League of Ireland academy heads and, while they were conscious of going on the record without consulting relevant club personnel, anger was the prevailing mood.

They claim to put the development of the players at the heart of this decision, yet they haven't invested in players or facilities

One said: "This is the biggest pile of dribble I've ever read. There is no actual facts on their rationale."

Another said: "Clubs are fairly united about their reaction: the FAI can't get away with this." Another academy head said the statement was "unreal".

Gartland, whose Rovers Under-14 team lost the league final to Galway last month, said: "There is no discussion at this stage if you are saying there's no going back. They claim to put the development of the players at the heart of this decision yet they haven’t invested in players or facilities.

"Actions not words are what count and this action goes against what many believe allows Irish players to compete at the highest possible level going forward."

"They claim to put the development of the players at the heart of this decision, yet they haven’t invested in players or facilities. They have left UK clubs to develop players and left kids with no option but to move abroad to pursue their dreams. Now we have a chance to play the best players against the best and we are tearing it apart. The board is not qualified to make these decisions." 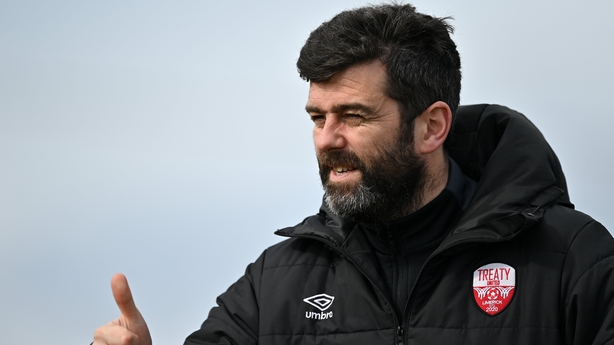 Tommy Barrett, Treaty United senior manager and nominated for First Division manager of the year this season, has called for a resolution.

"All sides need to be solution-focused instead of the same political stuff. If it's about the players then all the leagues should be aligned within the calendar year.

"In my experience winter football does not work in this country for underage teams with teams often playing two games over three months. And to have young players missing out on training and playing against each other for over seven months hinders their development and is not player-centred.

We must put the players at the centre of the thoughts, not politics, egos, administration or tradition

"I get why the Kennedy Cup is a big deal for the league's administrators, parents and some players but a better solution could be found: move it to Under-13 or work together and have duel registration until the Kennedy Cup is played.

"We must put the players at the centre of the thoughts, not politics, egos, administration or tradition. Ask the players; I am sure they would be happy with one of a number of alternatives to what's proposed."

The FAI has been contacted for a response.