Liverpool manager Jurgen Klopp insists everyone is clear on what they want from Mohamed Salah's contract negotiations but the complexity of them means time will be needed.

The Egypt international is approaching the final 18 months of his current deal and talks have been ongoing for some time but the impasse appears to be the 29-year-old’s wage demands, reported to be in excess of £300,000, which would smash the club’s salary structure.

Owners Fenway Sports Group are not in the habit of handing out long, expensive deals to players over 30 (Salah reaches that age in June) but considering his form and fitness there is an argument for an exception to be made.

In an interview in his homeland Salah said "If the decision is up to me, I want to stay in Liverpool but the decision is in the hands of the management and they have to solve this issue."

Klopp, however, believes they are on the same page.

"We’re talking and extending a contract with a player like Mo is not something where you meet for a cup of tea in the afternoon and find an agreement. That’s completely normal," said Klopp.

"There’s really nothing else to say about Mo. He speaks about it and I can only say a few things because all the rest is not for the public, obviously.

"Mo is fine, I am fine. I think what we all want is clear and things like this need time, that is it."

Salah will want to play in the Champions League dead rubber against AC Milan at the San Siro as he is seeking to become the first Liverpool player to score in five group games of the same European campaign.

Klopp's side could also become the first Premier League club to win all six matches of the group phase, a feat only achieved seven times prior to this season.

However, with a busy festive programme looming Klopp plans to make significant changes for the trip and that could see the Egypt international miss out.

"The medical department would smash me if I played the same side again, so I will make changes.

One of the players who will get a chance is Saturday’s hero at Wolves Divock Origi, who scored the added time goal which gave them a 1-0 victory.

The Belgium international has become something of a bit-part player because of the quality of the four players ahead of him – Salah, Sadio Mane, Roberto Firmino and Diogo Jota – but still manages to produce pivotal interventions.

"'Moaned’ is not the right word but of course he knocked on my door and we were talking about things, that happened from time to time," said Klopp of how Origi had handled being on the fringes.

"It’s not that Div was now always in all situations in a world-class shape and I just didn’t bring him. He got injuries in wrong moments.

"It’s one special thing in his skillset (making an impact) but it’s not that he can only come on and play well.

"In one of the biggest games in our history – against Barcelona (in 2019) – he started, played an incredible game and scored the goals in the right moments.

"There are worse things than being not a constant starter for Liverpool FC, I tell you."

Watch live coverage of AC Milan v Liverpool on RTÉ 2 and the RTÉ Player from 7:30pm on Tuesday or follow live updates on rte.ie/sport. 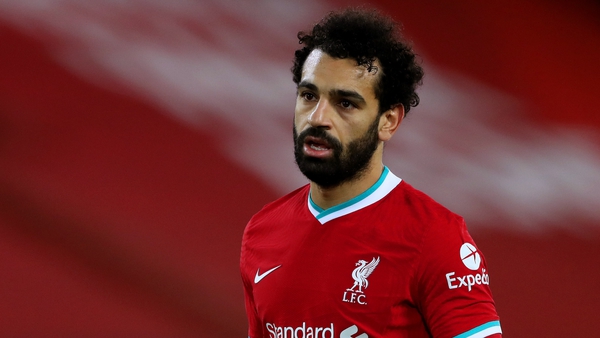 Mo Salah: I want to finish my career at Liverpool