Newcastle United ended their wait for a Premier League win at the 15th attempt as Burnley were beaten 1-0 at at St James' Park.

Callum Wilson claimed his sixth goal of the season five minutes before half-time to see off fellow strugglers Burnley.

Eddie Howe's men were decidedly second best for long periods, but Wilson was in the right place when goalkeeper Nick Pope dropped the ball at his feet.

The win lifted the Magpies off the foot of the table and above Norwich on goal difference.

Neal Maupay rescued Brighton again in a 1-1 draw at Southampton.

Maupay, who scored a late leveller at West Ham in midweek, struck deep into stoppage time after Armando Broja's smart finish had given Southampton a 29th-minute lead.

Republic of Ireland striker Aaron Connolly made a return to action for the Seagulls, replacing Pascal Gross in the 56th minute. 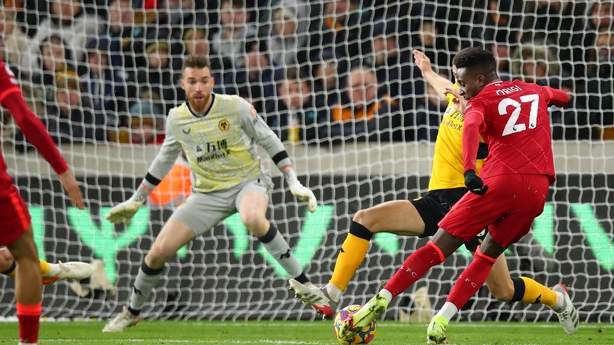 Liverpool moved to the top of the table as Divock Origi's stoppage-time winner gave them a 1-0 victory at Wolves.

Chelsea's defeat at West Ham earlier in the day had given Liverpool the perfect incentive for a fifth straight win in all competitions.

But Liverpool were blunted for once by defiant Wolves hosts until substitute Origi continued his habit of scoring important goals.

Origi fired in from close range in the fifth minute of time added on, just as it looked like the Reds would fail to score for the first time in eight months. 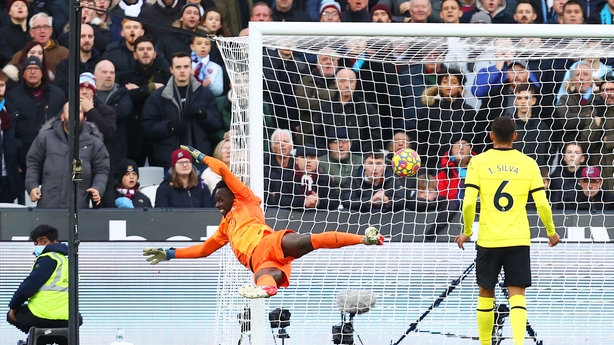 Chelsea were sent spinning to a second league defeat of the season as West Ham won 3-2 at the London Stadium.

Thomas Tuchel's side led after 28 minutes when Thiago Silva met Mason Mount's corner with a powerful downward header and Hammers goalkeeper Lukasz Fabianski was unable to keep the ball out.

West Ham levelled when Blues keeper Edouard Mendy made a mess of collecting a Jorginho backpass and compounded his mistake by bringing down Jarrod Bowen.

Manuel Lanzini made no mistake from the penalty spot, but Chelsea were ahead again moments before half-time when Mount buried Hakim Ziyech's cross-field pass with a first-time finish.

Bowen equalised 10 minutes into the second half when his well-struck shot went through the legs of Andreas Christensen and past an unsighted Mendy.

Both sides had chances to win the game before substitute Arthur Masuaku claimed a bizarre winner four minutes from time.

Masuaku's cross appeared to take a slight deflection to catch out Mendy at his near post and give the fourth-placed Hammers another major scalp after beating Liverpool at home last month.