Aaron Connolly is likely to come back into the Brighton and Hove Albion squad for Saturday's Premier League clash with Southampton but boss Graham Potter has vowed to be patient when it comes to elevating Evan Ferguson to the first team.

Connolly missed the Republic of Ireland's World Cup qualifiers against Portugal and Luxembourg last month with a slight heel injury. It was another setback in what's been a frustrating, stop-start campaign for the Galway man but he may get his chance this weekend as the Seagulls head towards a hectic festive campaign.

"We were hoping to get some minutes into Aaron with the Under-23s, but it looks like he will be with the group come the weekend," Potter said ahead of the Saints game.

"We are still in the process of checking on everyone and recovering.

"We will make some decisions [on Friday] - if we need some of the Under-23s then, of course, we will use them, but at the moment, it doesn't look like we will need to."

One of the stars of that Brighton Under-23s side is Ferguson, the hugely promising former Bohs striker who has flourished since making the move across the water at the start of the year. 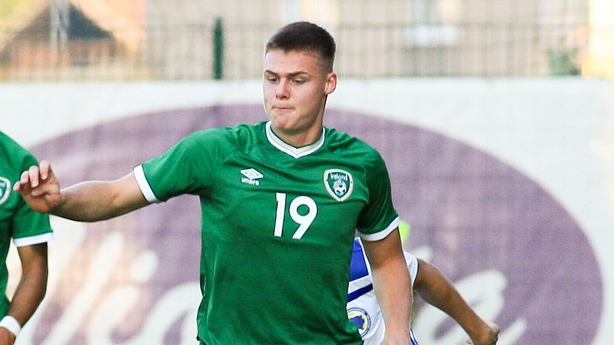 "Evan is 17 years old and has to be a little more patient with that," Potter told The Argus.

"Clearly, he is a guy we know well, and we like a lot. I think he needs to allow himself to grow and develop as a footballer, but his potential is huge."

Potter will also continue to tread carefully with Tariq Lamptey despite the youngster's dynamic performances in the last two matches.

The full-back is still building up his strength and fitness a year after suffering a serious hamstring injury which sidelined him for nine months.

The 21-year-old Lamptey gave Leeds a torrid 75 minutes before being withdrawn in the 0-0 draw at the Amex last weekend, and then climbed off the bench to set up Neal Maupay's late equaliser in Wednesday's 1-1 draw at West Ham.

Brighton fans are clamouring for Lamptey to get more minutes on the pitch, but Potter says the hectic December schedule means he cannot risk the Chelsea youth product from the start in every match.

"We're going through a period where we're going to play lots of games in a short space of time so that's the only thing that's going to stop the regularity of Tariq," said Potter.

"We all know his qualities and what he brings to the team. It's just the close proximity of games will challenge him and us in terms of how much he plays and when he plays." 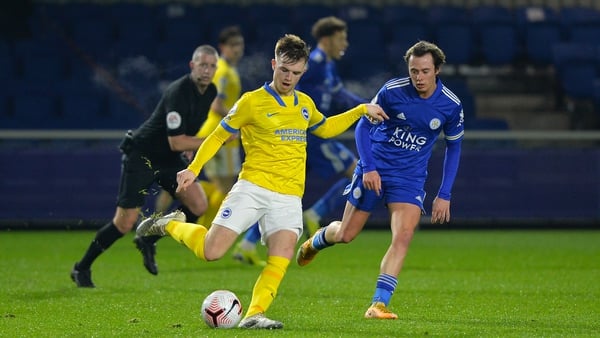 Evan Ferguson among newcomers to Ireland U21 squad