England forward Sterling had an indifferent start to the season after losing his spot as a regular starter towards the end of last term.

That led to speculation over the 26-year-old's future but circumstances have recently allowed him opportunities and Sterling has taken them.

Sterling has scored in three of City's last four games, including the vital equaliser in Wednesday's Champions League victory over Paris Saint-Germain.

Manager Guardiola said at a press conference: "I'm so glad for him, he's helped us for sure. He will fight to be better and better.

"It is important for strikers and wingers to score and make assists. He was decisive in what we've done in recent years.

"Scoring goals can give confidence for these type of guys but he has to do better, be aggressive, go one against one, arrive in the final third. This is the first step for him to come back."

The Belgium international, who has been vaccinated, remains in isolation and Guardiola has revealed the player has experienced symptoms.

Guardiola said: "He's still tired, no taste - the symptoms of Covid. Now he's done seven or eight days' isolation. A few more days and we will give him a PCR test and if it's negative then he will be back." 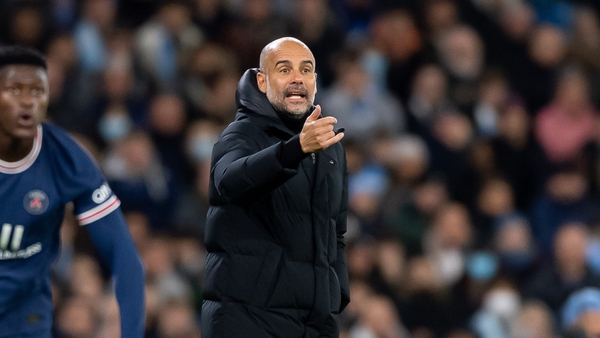