UCD will play in the Premier Division next season as Waterford had no answer to their attacking threat at Richmond Park.

A chaotic week at the RSC thus ends in disaster as Waterford's four-year stint in the top flight came to an ignominious conclusion in Inchicore.

Dara Keane and Colm Whelan, who began their careers with Waterford, did the damage, scoring UCD’s goals to give Andy Myler his first success in management in the week he lost his father.

The Students will come up with a new batch of emerging talent, spearheaded by Ireland Under-21 internationals Whelan and Liam Kerrigan.

Just where Waterford, who go down despite accumulating a record 42 points, go from here remains to be seen.

As he suggested he would, former Blues manager Marc Bircham, sacked on Tuesday, was in the crowd supporting the team.

And it began well for Bircham's hastily appointed replacement, Ian Hendon, who saw his side take the lead after just five minutes with a fine goal.

Jack Stafford’s long throw wasn’t dealt with by the UCD defence, allowing John Martin to cleverly nod the ball into the path of Anthony Wordsworth who drilled a half volley to the net from the edge of the area. 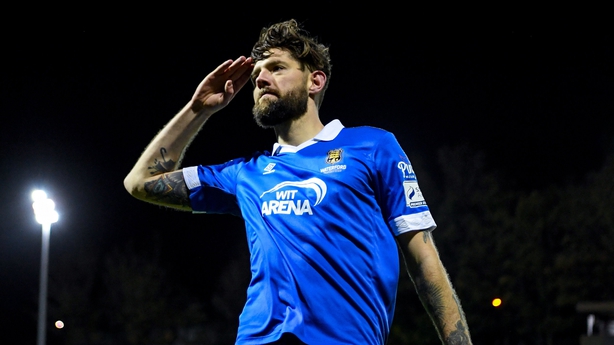 Though they had appeals for a penalty not entertained as Cameron Evans went down under the challenge of UCD skipper Jack Keaney, Waterford's bright starts proved a false dawn.

UCD slowly played their way into the game with the pace and trickery of Kerrigan on the right flank bearing fruit with a 26th minute equaliser.

Kerrigan’s dangerous low cross wasn’t cut out by right-back Darragh Power allowing midfielder Keane to turn the ball home at the back post.

The defending was equally suspect five minutes later, Kerrigan collecting Whelan’s pass to skip far too easily past two half-hearted tackles and bring a fine diving save from Brian Murphy.

But there was no such reprieve for further shoddy Waterford defending on 34 minutes as UCD got what proved their winner.

Keane showed superb feet at the end line to outfox two defenders. And though Murphy got a touch to the cross, it ran kindly for Whelan to gleefully tap home his 27th goal of the season in all competitions. 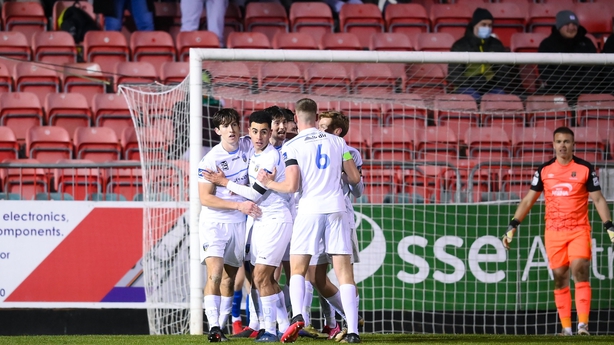 Murphy deprived the Thomastown native of another one five minutes into the second half, dashing out to save at the striker’s feet after a long-range one-two with Paul Doyle.

Try as they might, disjointed Waterford struggled to muster much in chasing the game, and their season, failing to work Lorcan Healy in the UCD goal throughout the second half.

They then finished the game with 10 men as substitute Niall O’Keeffe was shown a second yellow card and red for a foul on Kerrigan with three minutes to go.

Murphy prevented UCD from extending their winning margin in stoppage time, saving with his legs from Keane.