Celtic's hopes of progressing in the Europa League were dashed in agonising fashion as a late fightback from Bayer Leverkusen saw them beaten 3-2 in Germany.

Ange Postecoglou’s spirited side knew they would probably require a win to keep their last-32 dream alive and they were on course for that outcome until the closing stages after a Josip Juranovic penalty and a strike from Jota cancelled out Robert Andrich’s early goal for the hosts.

However, Leverkusen hit back twice in the closing eight minutes to win and top the group.

The result means Celtic will drop into the Conference League after Christmas, with Real Betis going through in the Europa League as runners-up.

Giovanni Van Bronckhorst led the Bhoys' rivals Rangers into the knockout stages in his first game in charge. 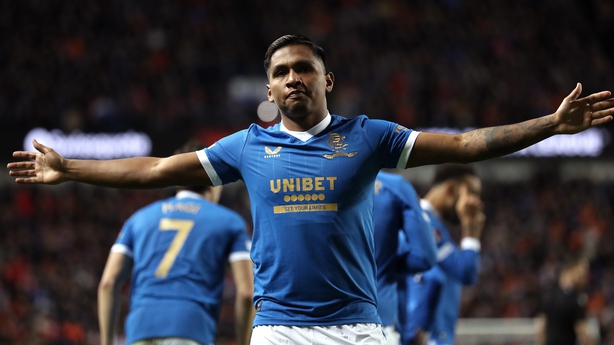 An Alfredo Morelos double earned his side a 2-0 victory over Sparta Prague in front of 48,370 fans at Ibrox.

The victory ensured Rangers went out of sight of Brondby ahead of their final game against Group A winners Lyon and their 2-1 aggregate score over Sparta means the Czech side cannot overturn a three-point deficit.

Morelos finished off a penetrating move in the 15th minute and headed home a gift four minutes into the second half.

Rangers missed chances to put the game out of sight and Van Bronckhorst needed a spectacular double save from former Ibrox team-mate Allan McGregor to maintain the two-goal lead. 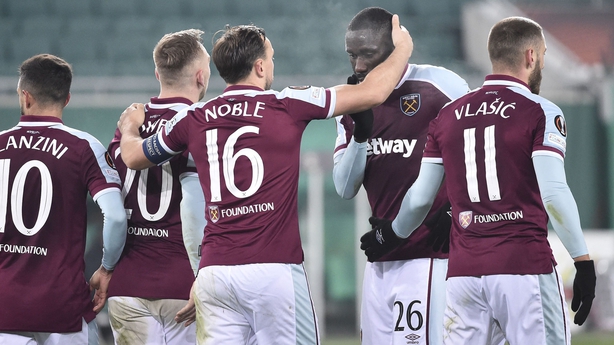 West Ham waltzed into the last 16 of the competition with a game to spare after a 2-0 victory at Rapid Vienna.

With the city in a new coronavirus lockdown, the match was played in an empty stadium and Rapid were unable to call on their boisterous fans to lift them.

First-half goals from Andriy Yarmolenko and Mark Noble wrapped up top spot in Group H for David Moyes' side.

It was an important victory for the Hammers as they are now straight through to the knockout stage having avoided a play-off in February against a team dropping down from the Champions League.

Moyes was even able to make eight changes to his side, resting the likes of Declan Rice and Michail Antonio, and still comfortably get the job done. 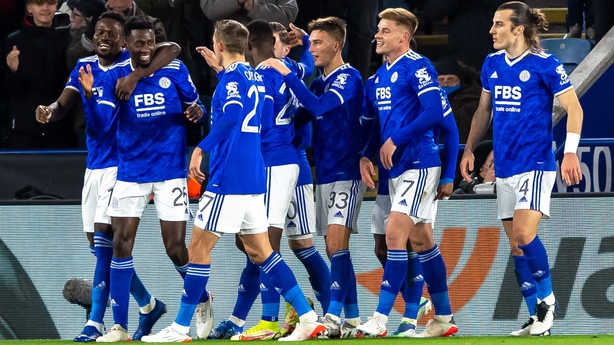 Leicester took control of their Europa League fate with a deserved 3-1 win over Legia Warsaw.

Patson Daka, James Maddison and Wilfred Ndidi sent the Foxes top of Group C ahead of next month's final game against Napoli.

Victory in Naples would book Brendan Rodgers’ side an automatic spot in the last 16.

Filip Mladenovic gave the Foxes a scare when he followed up after Kasper Schmeichel saved Mahir Emreli’s penalty but it was, ultimately, a comfortable night.