Derry City have further bolstered their formidable squad with the acquisition of Republic of Ireland Under-21 goalkeeper Brian Maher from Bray Wanderers.

Boss Ruaidhri Higgins has had a busy week as the Candystripes nailed down the signings of Will Patching, Patrick McEleney and Michael Duffy.

Now, 21-year old stopper Maher has been added to the ranks.

He's impressed at First Division outfit Bray for the past two seasons having spent his teenage years on the books at St Pat's.

Maher has signed a three-year deal with Derry.

Higgins said Maher's performances with the Ireland Under-21s were particularly eye-catching, adding: "Brian only turned 21 this month but he's already making a name for himself as a quality goalkeeper.

"He has been brilliant for the Under-21s and is only going to get better in the coming years.

"I think he is a fantastic addition to our squad, meaning we now have three excellent young goalkeepers at Derry City." 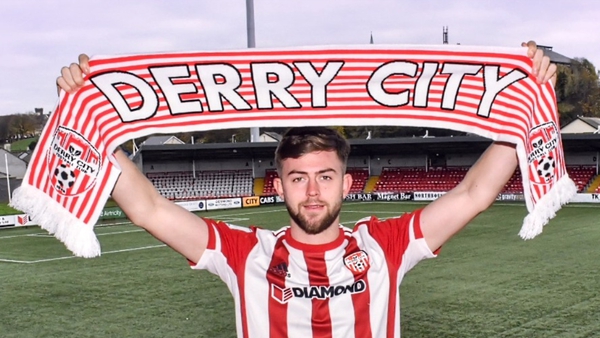