Mikel Arteta is hopeful of bringing former Arsenal boss Arsene Wenger back to the Emirates Stadium in some capacity after revealing initial talks have taken place.

The 72-year-old Frenchman reigned over the north London club for almost 22 years, winning three Premier League titles and two doubles before calling it a day in May 2018.

Current manager Arteta, who played under Wenger during his time in charge, is keen to have his expertise available to him and confirmed the pair had a conversation on the matter when they met at the premiere of the 'Arsene Wenger: Invincible' docu-film.

"There’s been a communication," replied Arteta when asked if a formal offer had been made.

"I talked to him when we went to see the film and it was incredibly pleasant to see him and chat to him, and hopefully we can bring him close.

"I think he would have a great time just seeing the environment that he can create around him when he’s around this place because of the respect, admiration and the love that everybody at the club has for what he’s done and as well as for what he represents as a person at this club."

Arteta declined to elaborate on what kind of role Wenger could play, but added: "I cannot tell you now, but what I can say is that I would like him to be much closer, personally, to me because I think it would be a great help for the club.

"Things take time and I think he has to dictate those timings. What I can say is from my side and I can say, I think, on behalf of everybody is that we would be delighted to have him much closer." 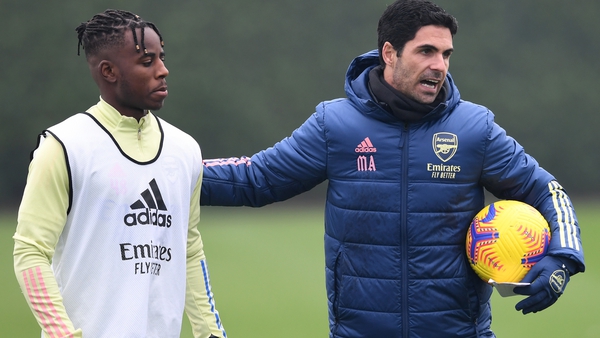 Wenger urges supporters to keep the faith with Arteta