Celtic winger James Forrest admits his Hampden winner was "extra special" because their Premier Sports Cup semi-final victory had served as a tribute to Bertie Auld.

Forrest and his team-mates wore number 10 on their shorts against St Johnstone in honour of Lisbon Lion Auld, who died at the age of 83 six days earlier.

Fans produced vocal and material demonstrations of their adulation for the European Cup winner with one banner reproducing the prophetic words of his father in 1955 when the then 16-year-old joined Celtic for the first time: "They'll encourage you and they'll never forget you."

Forrest was a fitting goalscorer after coming off the bench to net the only goal in the 73rd minute. The winger set up the chance to win his 20th major honour when Celtic face Rangers or Hibernian on 19 December and had met Auld many times.

"The manager spoke about it before the game," the 30-year-old said. "Everyone knows he was a big part of Celtic and he was always about the place. It makes it extra special for that.

"We are glad we made that day extra special by getting to the final."

Ange Postecoglou was well aware of the significance of the day.

"It's an important part of what this football club is all about," the Celtic manager said.

"I said to them after the game, we are celebrating an immortal of this football club and an immortal of Scottish football, and we also understand that there's some sadness there, particularly for those closest to him, his family.

"I'm hoping after that 90 minutes, maybe they just got a little bit of a smile on their faces and felt better for a moment, and thought about the great man. I'm sure he was looking from above as well. These kind of things are important.

The former Australia manager was delighted to see his players embrace the expectations and praised them for maintaining patience and discipline against the well-organised holders.

"We were gaining momentum and dominance and the time would come when eventually they would tire and switch off and we just had to be patient," he said.

"Credit to the players because there is always a natural anxiety when you have so much of the ball and feel like you should be creating more.

"But it's very difficult. You can try and force things but all you do is give an opportunity for the opposition to have a breather. We stuck to our game plan." 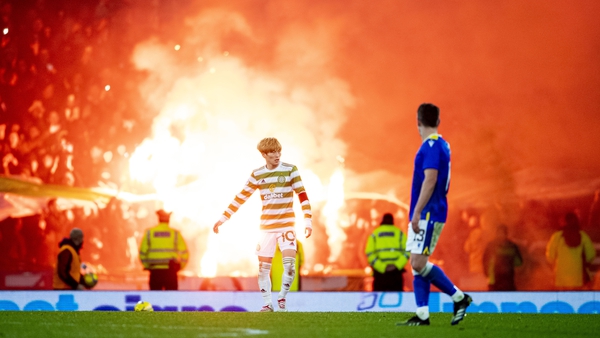