"We are staying up" reverberated around Ballybofey early in the second half as Finn Harps hammered Longford Town 5-0 and eased their way to safety and the possible pitfalls of the relegation play-off.

Will Seymore's header, a Ryan Connolly rasper and a Karl O’Sullivan shot that took a huge spooning deflection meant that Harps were 3-0 up just before the 50th minute – and that was enough for the chant to go out.

The nuts and bolts of it means it’ll be Waterford who run the gauntlet with UCD for the last top flight spot for 2022.

It was a joyous night where Harps' two victorious National League of Ireland Cup winning sides – the U14s and U15s - were paraded at half-time, as was the club's record goalscorer Brandan Bradley.

The home side were forced to plan without the suspended Sean Boyd, who scored twice at St Pat’s a week beforehand, as well as Ryan Rainey and Kosovar Sadiki, who was sent off at Richmond Park.

Goalkeeper Mark Anthony McGinley picked up a quad muscle injury in Inchicore so the experienced Gerard Doherty came in between the sticks. However, it mattered little as they ran in their biggest win of the season.

In the sixth minute, from a Connolly corner, Ethan Boyle got in ahead of Joe Manley only to see his stooped header go wide. O’Sullivan curled a brilliant effort from 25 yards in the 15th minute that had Steacy beaten all ends up only for the ball to strike the inside of the post and it was Longford who gobbled up the rebound to clear.

Pick that one out! Ryan Connolly gives Finn Harps a two-goal cushion in their bid for survival. pic.twitter.com/23eAYNrh7C

The siege continued. Thirty seconds later, Longford half-cleared a Dave Webster throw-in and from the edge of the penalty area, Barry McNamee’s shot through a crowded penalty area took a deflection on the way through before Steacy made a fine instinctive save.

Jordan Mustoe, the Harps’ left-back, struck an ambitious effort from all of 35 yards that wasn’t that far wide. Then, though, the opening goal that changed the entire atmosphere.

Seymore’s close-range header after 28 minutes came after a stream of Harps chances. A corner was well-worked between Connolly and O’Sullivan, with McNamee’s shot from the edge of the area skewing into the path of Seymore to nod home.

Then, five minutes later, Connolly added a peach of a second with a glorious half-volley from 20 yards as a headed clearance from Mark Coyle’s throw-in fell his way. It was one of those strikes that was destined for the net as soon as it left his right boot.

Five minutes into the second half it was 3-0. Aaron Robinson was caught in possession by Mark Coyle and O’Sullivan’s shot took a deflection off Aaron O’Driscoll to completely wrong-foot the luckless Steacy.

On the hour mark it was four when Connolly played a simple ball forward, which was missed by two visiting defenders and Owolabi stole in to plant his shot into the bottom corner having cut in on his right foot.

The last half an hour or so was devoid of any major incident and few had any issue with that before Rudden popped up to complete the rout with a fifth. 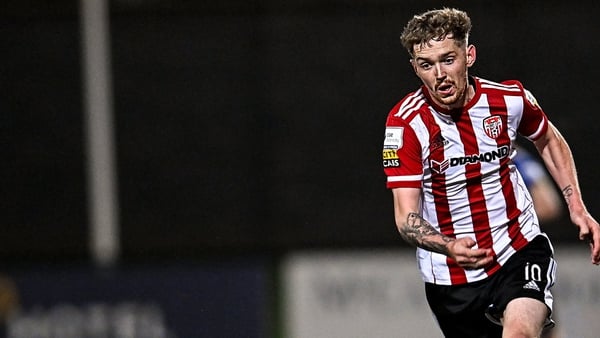 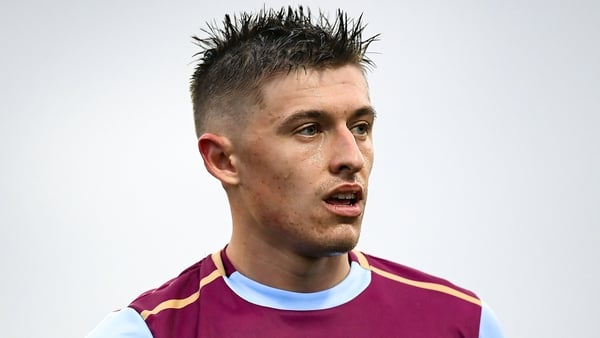 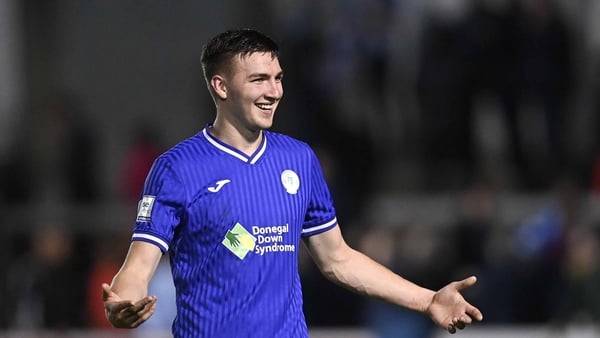 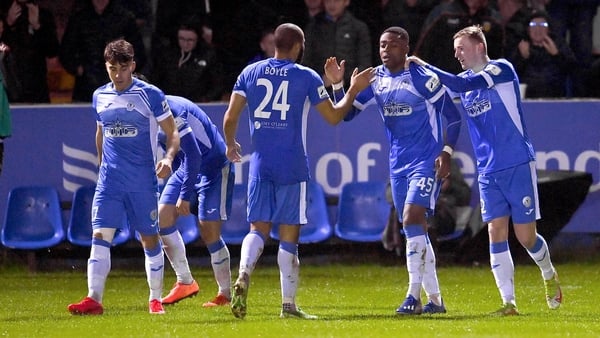