Jim Crawford says his Republic of Ireland Under-21 side are right back in contention to qualify for the 2023 European Championships after their 1-0 win over Sweden.

The manager had spoken beforehand about the need to pick up full points, but it looked like it wasn't going to happen as Ireland missed a host of second-half chances at Tallaght.

But with just ten seconds of additional time left to play, Ollie O'Neill slotted the ball into the back of the net to send the crowd into raptures. 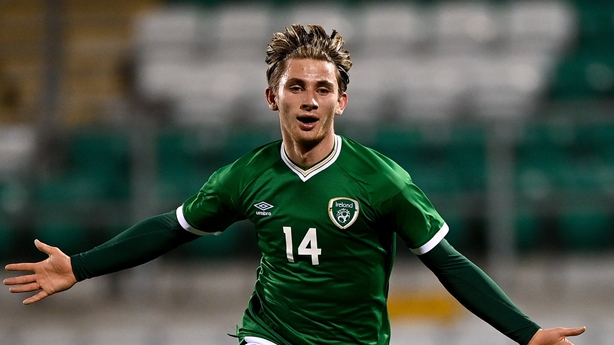 It leaves Ireland four points off leaders Sweden, but with one game less played. They are also three points behind Italy, who won 2-0 in Dublin on Friday, and the Azzurri have played one game less than the Boys in Green.

On top of that, Crawford's side still face away trips to take on the two countries above them, so qualification for a first appearance at the European Championship finals at this age group is still a big ask.

But the crucial thing for the Ireland manager is that the hope is still there heading into 2022.

"It gives us huge belief," he told RTÉ Sport of the victory over the Swedes.

"It makes the return game in March a huge one. We're right back in it now, and we're looking forward to that game in March (against Sweden) already.

"It was a fantastic performance by the players. Everybody played a huge part in it. They've worked hard all week and they deserved that."

Crawford rolled the dice late in the game, bringing on Will Ferry, Evan Ferguson and Conor Noss, as well as the goal-scorer O'Neill.

Ferry had two chances within a minute of his arrival on the park, but hesitated with the first as he attempted to work the space so that he could hit it with his favoured left boot.

Then Tyreik Wright was presented with a guilt-edged chance to give the hosts the lead, but his weak effort from 12 yards was easily saved by Samuel Brolin in the Swedish goal.

Ireland were pushing hard for the crucial winner at that stage and Noss was the next to force Brolin into action, but his effort from a narrow angle was pushed away at the front post by the Swedish keeper.

"The changes made a huge difference," Crawford said of the fresh blood.

"They brought renewed energy to the game. Ollie deserved his goal, he's fantastic. He could have been with the [under] 19s this week, but he stayed with us.

"It was the ideal finish to his international window, for sure.

"I thought we got into the final third a few times, and there were some good crosses. We didn't quite get first contact, and then there were some shots from distance that really didn't threaten their goalkeeper.

"We stuck to the game plan, worked hard, and we got our just rewards at the end." 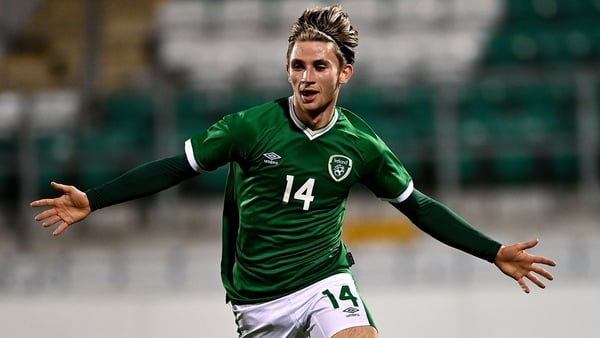 Ireland U-21s strike at the death to down Sweden