Republic of Ireland U21 attacker Joshua 'JJ' Kayode has said that the fierce battle for starting berths up front can only be a good thing as they prepare for tonight's crucial European U21 Championship qualifier against Sweden at Tallaght Stadium.

The RTÉ2 cameras will be there to bring coverage of a game that is close to 'must win’ with Ireland sitting in fourth place at the halfway point of their Group F campaign. They are seven points behind tonight’s opponents who currently top the group but have played one game more than them.

Manager Jim Crawford has used a number of different players at the head of his attack so far with Kayode, Colm Whelan and Evan Ferguson leading the line at different times.

The Rotherham United player, who was on target in the 2-0 win over Luxembourg at the Dublin venue last month, believes that the competition is driving the players on.

"It's healthy competition because we’re all strikers who want to do well, who want to play games," said Kayode.

"We’ll help each other. If one’s playing we’ll be rooting for him to do well. There’s no bad blood, everyone wants everyone to do well in this team.

"We’re all quite tight. That’s one thing about this group of lads, we are tighter than ever really.

"We’ve got a good connection with each other, the chemistry is good, the morale is good. There is competition but we all want each other to do well."

Kayode was a second-half substitute in the side's 2-0 loss to Italy last time out and while the result did not go the way that he would have wanted, the player enjoyed his physical battle with the Azzurri’s Caleb Okoli.

"He said to me that if you want to play like that, we can play like that so I said alright, let’s go for it. It was a good battle."

Despite the need for points tonight, Kayode said that the team would not be adopting any special tactics to reflect that requirement.

"We just have to trust the process," he said.

"We have a game-plan, we work very hard in training, we listen to the coaches, the staff.

"We’re just going to go out and play the way we know how to play and let everything else takes care of itself on the pitch.

"There’s a few things we can improve on, we’ve spoken about what we’ve had to improve on from the previous game against Italy.

"We’ve talked about it, we’ve worked on it and we want to put it right against Sweden." 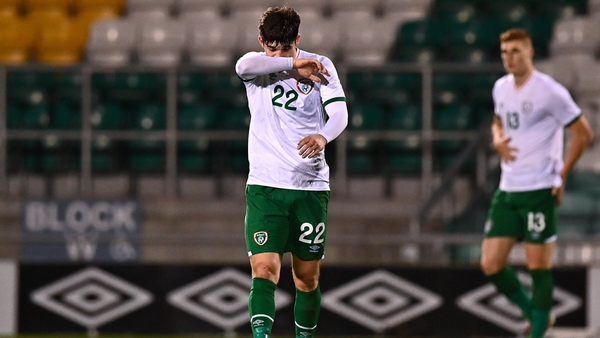