Serbia clinched an automatic berth at the 2022 World Cup finals after a 90th-minute header by half-time substitute Aleksandar Mitrovic gave them a comeback 2-1 win over Portugal in their Group A qualifier on Sunday.

The result lifted Serbia into top spot on 20 points, three more than second-placed Portugal who only needed a draw to finish top on goal difference and qualify but will now head into the March play-offs.

Mitrovic beat home goalkeeper Rui Patricio with a downward header at the far post to spark wild celebrations on Serbia's bench after visiting captain Dusan Tadic had cancelled out an early Renato Sanches opener for Portugal.

The home side made a dream start in the second minute after Bernardo Silva robbed Nemanja Gudelj of the ball in the danger zone and fed Sanches, who drove it past goalkeeper Predrag Rajkovic from 15 metres.

Unfazed by falling behind, the visitors came close when Dusan Vlahovic, preferred to Mitrovic as the lone striker, hit the post before Patricio gifted Serbia the equaliser.

A seemingly innocuous raid ended with Tadic taking a deflected shot from 20 metres which glided over Patricio's fingertips over the line.

More poor goalkeeping presented Portugal with a gilt-edged chance to retake the lead on the stroke of half-time as Rajkovic spilled the ball, but Joao Moutinho's shot was blocked on the line by Nikola Milenkovic.

Serbia coach Dragan Stojkovic threw Mitrovic on for Gudelj and his gamble to deploy an extra forward for a defensive midfielder paid off as the Fulham striker, his country's all-time top scorer with 44 goals in 69 appearances, delivered.

It seemed Portugal would hang on after Mitrovic headed inches wide in the 85th minute but the striker had the last laugh as he pulled away from his markers at the death to head home after Tadic's cross from the right. 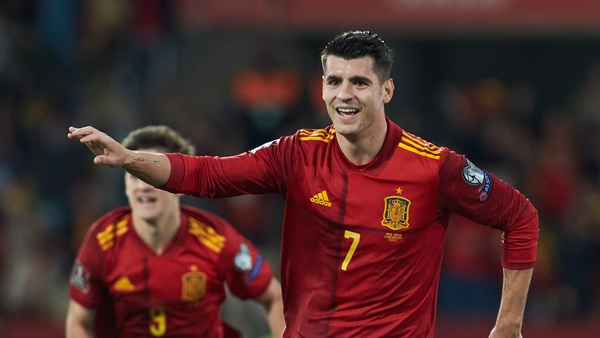