Wales coasted to a 5-1 World Cup qualifying victory over Belarus on a night when Gareth Bale celebrated his 100th cap.

Neco Williams, Ben Davies and Connor Roberts added to an Aaron Ramsey brace as Wales climbed above the Czech Republic into second place and boosted their goal difference into the bargain.

But the aim was to secure second spot in the group - and the semi-final home advantage that could come with it - by taking at least four points from their final two qualifiers against Belarus and Belgium.

Sergei Chernik had been at fault for Bale's last-gasp winner in Kazan two months ago and the Belarus goalkeeper carried on from where he had left off inside two minutes.

Davies' volley from the edge of the area should have been safely gathered, but Chernik spilled it and the lurking Ramsey tapped home into an empty net.

Wales doubled their lead after 20 with another helping hand from the hapless Chernik.

Bale found Williams and the Liverpool full-back squeezed his shot in at the near post with Chernik fumbling the ball over the line.

Bale failed to reappear for the second half and, with their captain off, Ramsey took the armband and also penalty-taking duties when Ruslan Yudenkov handled five minutes after the break.

The Juventus midfielder sent Chernik the wrong way for his 20th Wales goal, moving him past Craig Bellamy into sixth place on the all-time scoring list.

Williams almost added a brilliant fourth before Davies marked his 68th cap with his first Wales goal, the ball going in off his shoulder from a Harry Wilson corner.

Belarus substitute Artem Kontsevoi claimed a consolation three minutes from time, but Roberts had the last word as Wales scored more than four for the first time since beating China 6-0 in March 2018.

Belgium qualified for next year's finals and kept up their unbeaten qualifying run as they beat Estonia 3-1 in Brussels.

The Belgians, semi-finalists in Russia in 2018, climbed to an unassailable 19 points in Group E as Christian Benteke scored early and Yannick Carrasco and Thorgan Hazard added second-half goals.

Belgium join Brazil, Denmark, France and Germany among the first five countries to qualify for next year's finals in Qatar.

But it was in fact a wasteful display from Belgium, whose supporters were expecting more of a goal feast at the King Baudouin Stadium to celebrate qualifying for a third successive World Cup.

Without the injured Romelu Lukaku and Michy Batshuayi, the 30-year-old Benteke was given a rare chance to lead the attack and took little time to open the scoring.

He tapped-in from close range after Estonia goalkeeper Matvei Igonen made a horrible error, letting a low cross from Carrasco slip through his hands.

Carrasco showed the way after Benteke had set him up in the 52nd minute with a powerful left-footed drive into the top of the net from the edge of the area.

But Estonia then pulled one goal back when Rauno Sappinen’s shot was palmed away by Belgium goalkeeper Thibaut Courtois into the path of Erik Sorga, who cut the deficit in the 70th minute.

It was four minutes later that the two-goal advantage was restored when substitute Thorgan Hazard headed home De Bruyne’s cross.

Belgium, who are top of the FIFA rankings despite a quarter-final exit at the European Championship and fourth place at last month’s Nations League finals, will finish their qualifying campaign away against Wales in Cardiff on Tuesday.

Holders France will be in Qatar to defend their title, qualifying with a match to spare after four goals from Kylian Mbappe helped them to an 8-0 home rout of Kazakhstan in their Group D qualifier.

The result left France top of the group on 15 points from seven games, four ahead of second-placed Finland who they visit in their final match on Tuesday.

Karim Benzema added two goals while Adrien Rabiot and Antoine Griezmann netted one each to seal France's berth in next year's 32-nation tournament.

Ten-man Finland boosted their hopes of sealing a play-off place in Group D after an impressive 3-1 win in Bosnia.

Goals from Marcus Forss, Robin Lod and Daniel O'Shaughnessy sealed the win despite the Finns having Jukka Raitala sent off in the 37th minute for a foul on Sead Kolasinac.

Two late goals from Montenegro denied the Netherlands the chance to book their place with a match to spare after a 2-2 draw on Saturday left the outcome of Group G in the balance.

The Dutch were eight minutes away from moving into an unassailable lead in the group but goals from Ilija Vukotic in the 82nd minute and Nikola Vujnovic four minutes later meant the Netherlands must now wait for Tuesday’s last home game against Norway in Rotterdam to make sure of their place in Qatar.

They had been coasting at 2-0 after a double from Memphis Depay as they looked to banish the bitter memories of missing out on the last World Cup in Russia.

Yet their hopes of celebrating with a game to spare, after closest challengers Norway drew earlier on Saturday, were spoilt by an exciting home comeback.

Norway fell to third place in the group after being held to a shock goalless draw at home to Latvia.

Mohamed Elyounoussi had a late effort ruled out by VAR and the result handed the initiative to Turkey, who moved into second after cruising to a 6-0 win over Gibraltar.

Turkey now travel to Montenegro on Tuesday knowing they will secure at least second place if they match or better Norway's result against the Dutch. 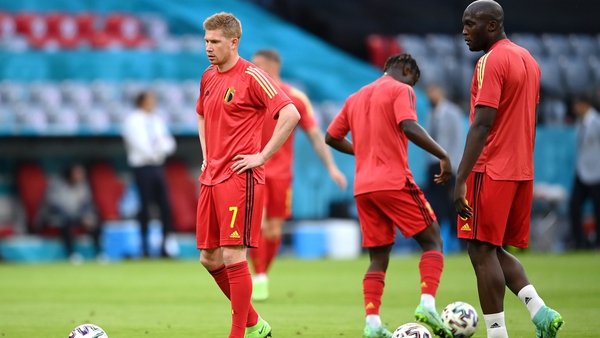