Paris St Germain Women midfielder Aminata Diallo has criticised the "artificial dramatisation" of a rivalry between her and team-mate Kheira Hamraoui.

The 26-year-old was arrested on Wednesday in connection with an attack on Hamraoui but was released without charge on Thursday night.

Diallo "formally disputes these accusations" said her lawyer Mourad Battikh in a statement to French media.

"Aminata Diallo deplores the perfectly artificial dramatisation of a rivalry between her and Kheira Hamraoui which would justify her taking it out on her team-mate.

"This theory does not correspond in any way to the true nature of their relationship.

"Other much more serious leads are now being looked at by investigators, which do not implicate my client in any way.

"Aminata Diallo regrets the media uproar which had already sentenced her, with no basis, and she would like to emphasise that she will not hesitate to defend her rights through legal action, if necessary."

"The club continues to stand by our players to help them get through this ordeal and swiftly return to calm," said the club.
"Paris St Germain reiterates its confidence in justice to shed light on the events.

"The club thanks everyone for showing restraint, respecting the presumption of innocence and the privacy of the team." 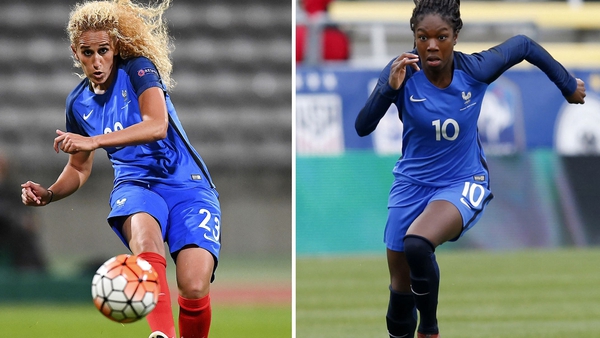