A fortnight on from the embarrassing 5-0 home humiliation at the hands of rivals Liverpool, the Red Devils fell to another one-sided defeat as they returned to the scene of the crime for the 186th Manchester derby.

Pep Guardiola's men cruised to a victory far more comfortable than the 2-0 scoreline suggested, but Eric Bailly's own goal and a preventable Bernardo Silva effort was enough to ease past United.

Solskjaer had called the loss to Liverpool the darkest day of his near three-year reign and the manner of this loss to their neighbours will lead to renewed pressure during the international break.

Only three points separated these sides before kick-off but the gulf in quality and application soon became clear as Joao Cancelo was given time to swing in a cross that Bailly turned into his own goal inside seven minutes.

A string of superb David De Gea saves prevented things getting as ugly as they had against Liverpool, but dominant City deservedly added another before the break as Silva got behind Luke Shaw to turn in a ball from Cancelo.

United were poor in defence and lacked control in possession as Solskjaer's meek side failed to muster a response, leading to a smattering of boos at the final whistle. 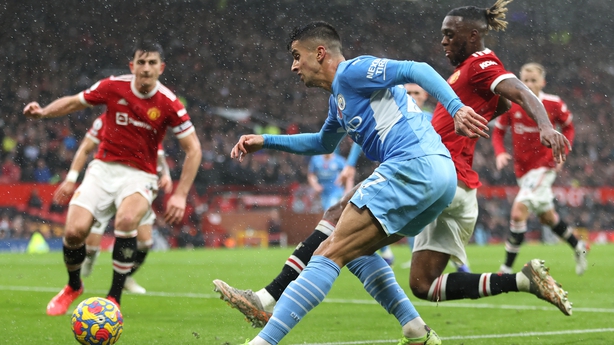