The importance of potential Champions League football to Rangers was underlined by club accounts which showed a £23.5million operating loss for last season.

The deficit for the year to June 30, 2021 was more than £7.5m bigger than the 2019-20 campaign and the total loss after tax, transfer activity and finance costs were taken into account was £26m.

Although the pandemic was largely responsible for driving down revenue by almost a fifth to £47.7m, it was estimated to account for less than half of the annual loss.

Chairman Douglas Park said in the club's annual report: "The year under review was of course heavily affected by Covid, and the impact that had on revenue streams, both matchday and non-matchday.

"Initial estimates are that the adverse effect on revenues was over £20m, and the effect on the net loss over £10m.

"The club has been claiming on its business interruption insurance for the lost revenues, and although the scale and timing of any further payout is uncertain, we have received two initial payments so far."

Staff costs were £47.7million - roughly the same as the total revenue - and there has been no major transfer income to soften the financial blow of defeat by Malmo in the Champions League qualifiers, which came just after the financial year in question.

Rangers received just over £1million in transfer income during the 12-month period and spent £2.7million on a total of seven players.

Manager Steven Gerrard stressed after a recent Europa League defeat that the club had spent nothing in the past two transfer windows.

Park said: "Reaching the last 16 of the UEFA Europa League for the second season in a row was very pleasing.

"Nevertheless, we all share the disappointment that we were unable to reach the UEFA Champions League group stages at the beginning of the 2021/22 season.

"That is a clear target for all of us at this club and we continue to have it in our sights."

A second-consecutive title success would likely secure direct entry to the group stages next season, depending on whether the winners of this season's major European trophies also qualify through their league campaign.

In the meantime, Rangers continue to be heavily reliant on loans and equity funding from directors and other shareholders.

The annual report stated that Park and fellow director John Bennett had agreed to meet a predicted £7.5m shortfall in funding before the end of the season. A further £400,000 is forecast to be needed before the end of next season.

A club statement said: "While still a substantial sum, the remaining requirement demonstrates the very significant progress made given that the funding requirement identified in last year's accounts was more than £23m over the subsequent two seasons."

The club received £21m from directors, shareholders and others for working capital last season and £26million of debt was converted to shares.

Loans of £10.25m were needing to be repaid on 30 June and Rangers revealed they had since repaid £5million to former chairman Dave King plus £832,000 in interest payments.

They also received £4.5m through a fans' share issue in August this year and have received loans of £8.5m since the end of June.

Rangers, whose annual general meeting will take place on 30 November, stated they had secured a "formal, long-term loan facility which represents a key milestone in our progress towards a normalised capital structure", while also concluding a bank loan facility.

On the park, Rangers will host Ross County in the league on Sunday boosted by the return to action of Ryan Kent during a 1-1 Europa League draw with Brondby on Thursday.

Kent set up fellow substitute Ianis Hagi for the equaliser after recovering from a hamstring injury.

The winger said: "It's been a tough period, the start of the season, carrying quite a few niggles. It's nice to get them ironed out and I'm really glad to get back on the pitch." 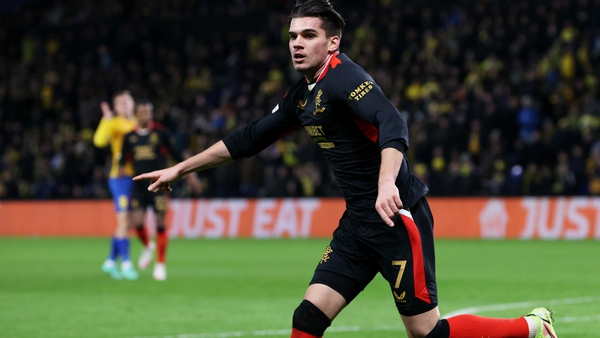